Wafts of cow manure mix with greetings of “brother” and “sister” to fill the air as members and guests walk into church.

Reggie’s family grew at the same time. He and his wife, Ashley, have four children, ranging in age from six years to two weeks.

At 7:30 every morning Reggie gets the two boys ready for school. Moments before, he lays out clothes for them to wear. If he doesn’t, they will wear only clothes adorned with Spider Man.

As the boys reluctantly get out of bed, Reggie prays with them. The boys pray for their baby sister, who was born three weeks premature with a clean bill of health, and for their mom, who is starting to get back into a normal routine after the pregnancy.

Being a father gives him more opportunities for community outreach. Six-year-old Owen asks to be dropped off at a classmate’s house. Reggie asks if that boy’s parents come to church. They do not, Owen replies. “Well then, we definitely need to track them down,” Reggie says.

Once the boys are off to school, Reggie steps into his role as pastor. A lifelong football fan, he has two Cincinnati Bengals helmets on the shelf in his home office and a University of Kentucky helmet on the shelf in his church office, but he spends most of his day on the road. Every guest who fills out a visitor card at the church receives a visit from Reggie, as do church members who are hospitalized.

Outside of his job at White Oak, he serves as chaplain for the fire department and an advisory board member and football coach at Nancy Elementary School. 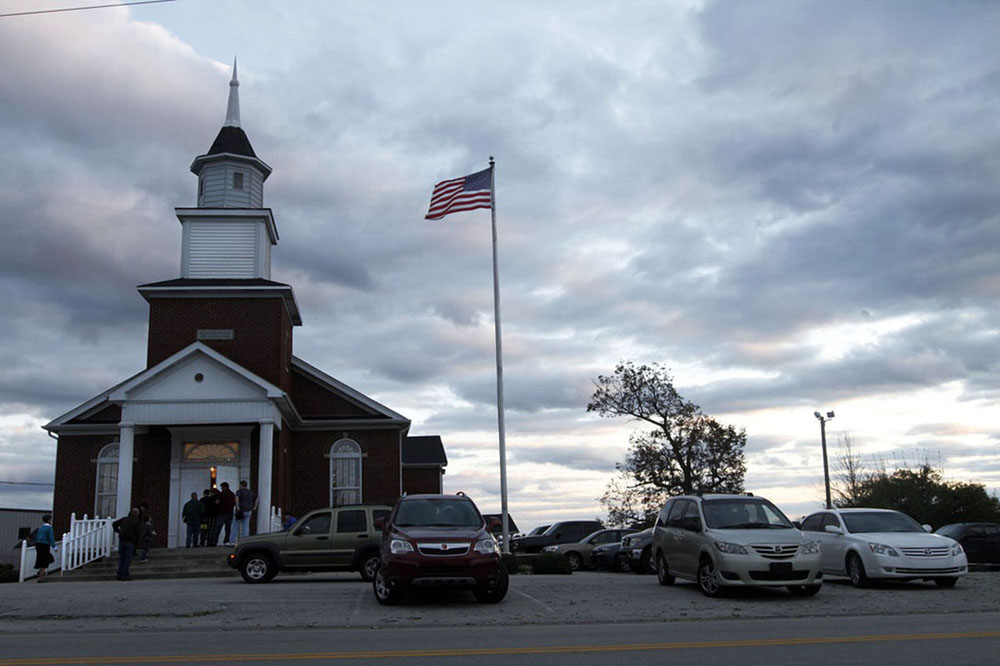 Members of White Oak Baptist Church began meeting in Nancy in 1796. Now in it’s third building, the congregation is the oldest in the American Baptist Association, a group of more than 1,700 churches. 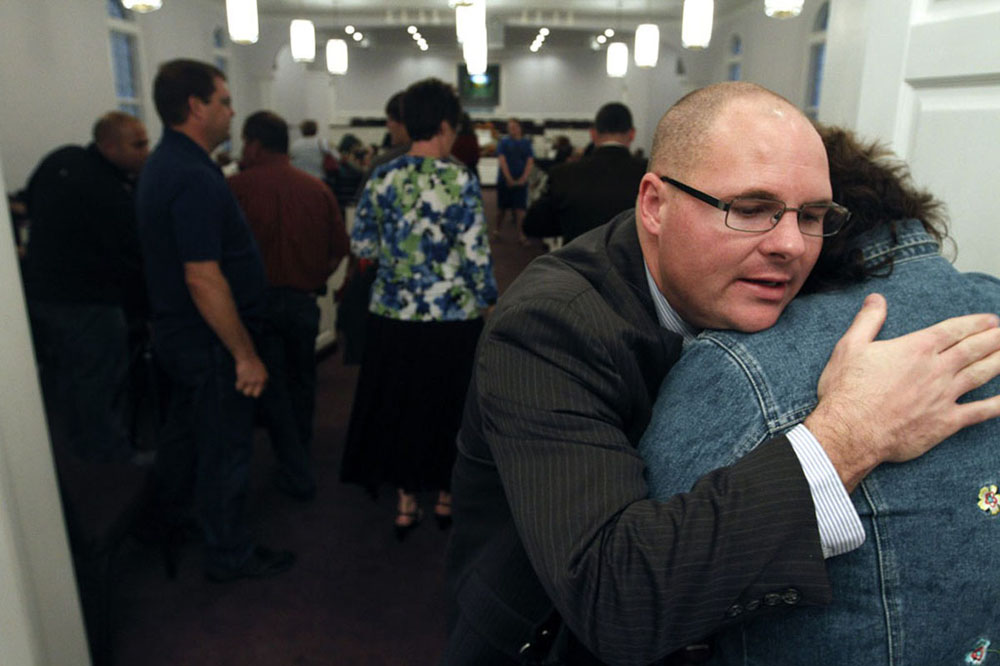 Before a revival week service, Pastor Reggie Tipton listens to a churchgoer at White Oak Baptist Church in Nancy. Attendance at Sunday services has grown nearly six fold since he came to the church three years ago. 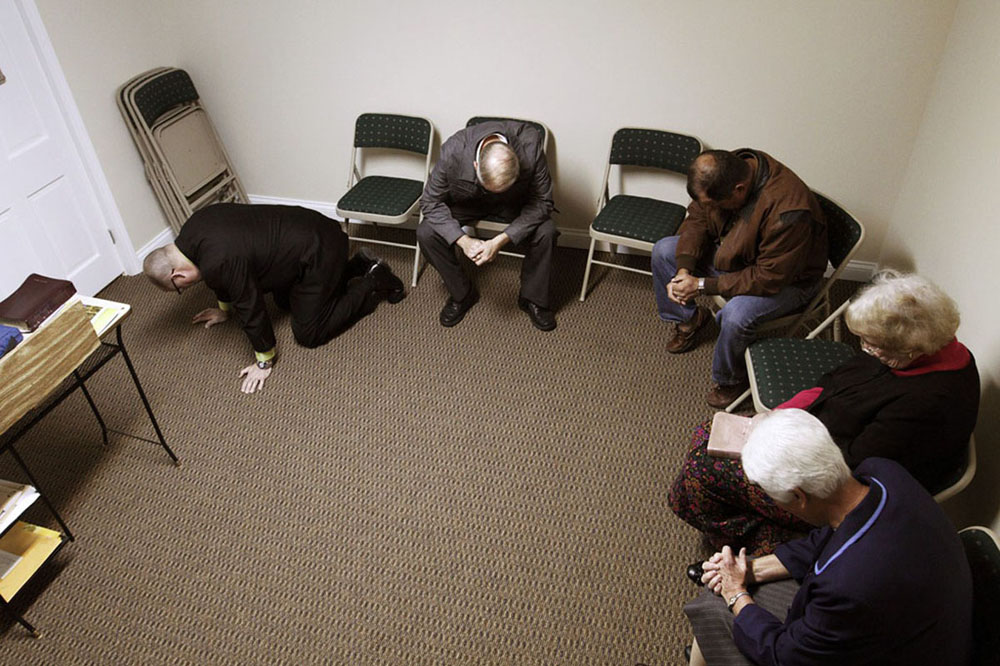 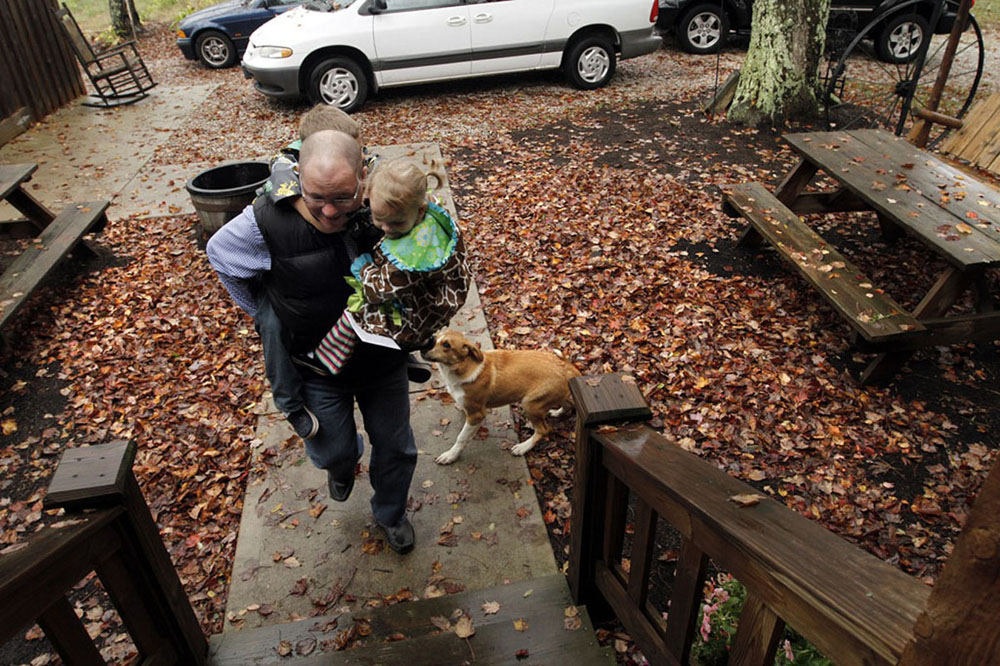 Reggie deals with a pet while carrying two of his four children: Owen, 6, and Attyson, 2. Owen insisted he be carried because of his fear of dogs. 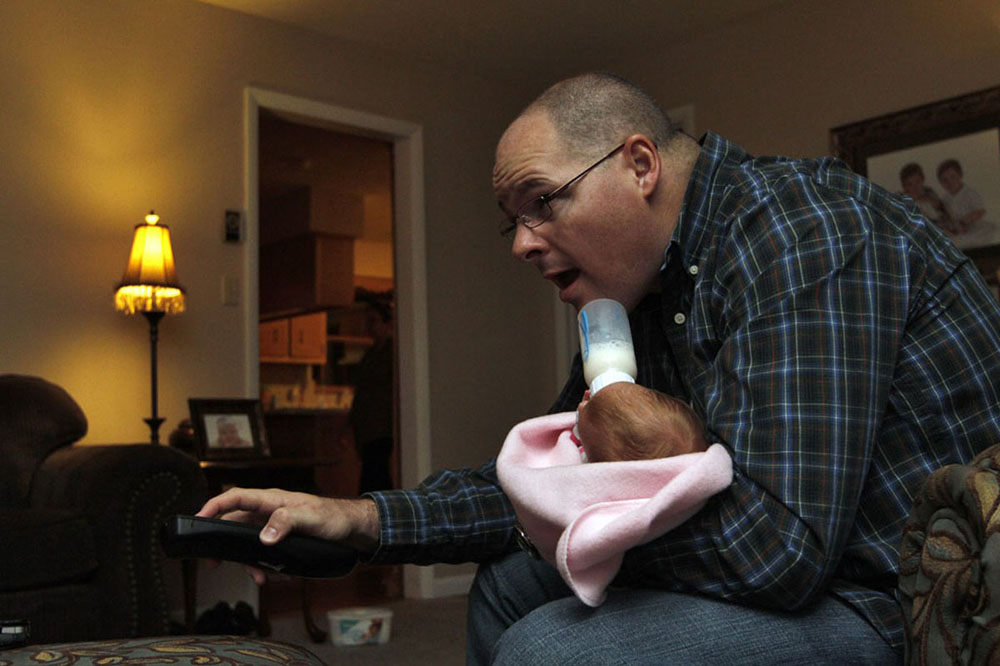 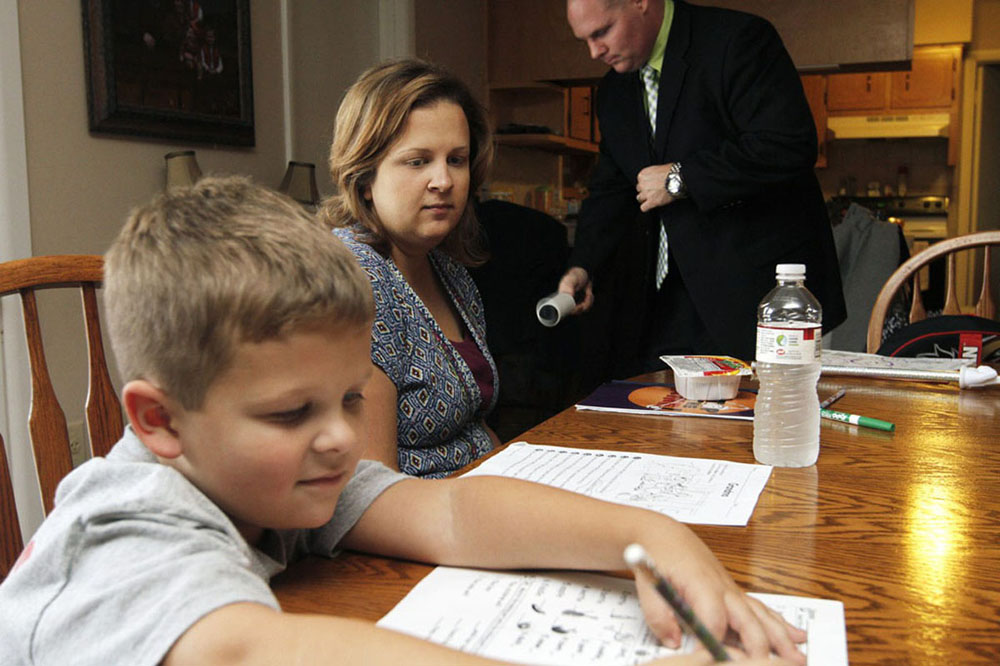 Ashley Tipton helps 6-year-old Owen with his homework, while Reggie removes lint from his suit coat before going to a revival-week service.

Owen Tipton wipes water off of his dad, Reggie, as the two await Owen’s appointment about his “pink eye.” Owen spent the day running errands with Reggie. 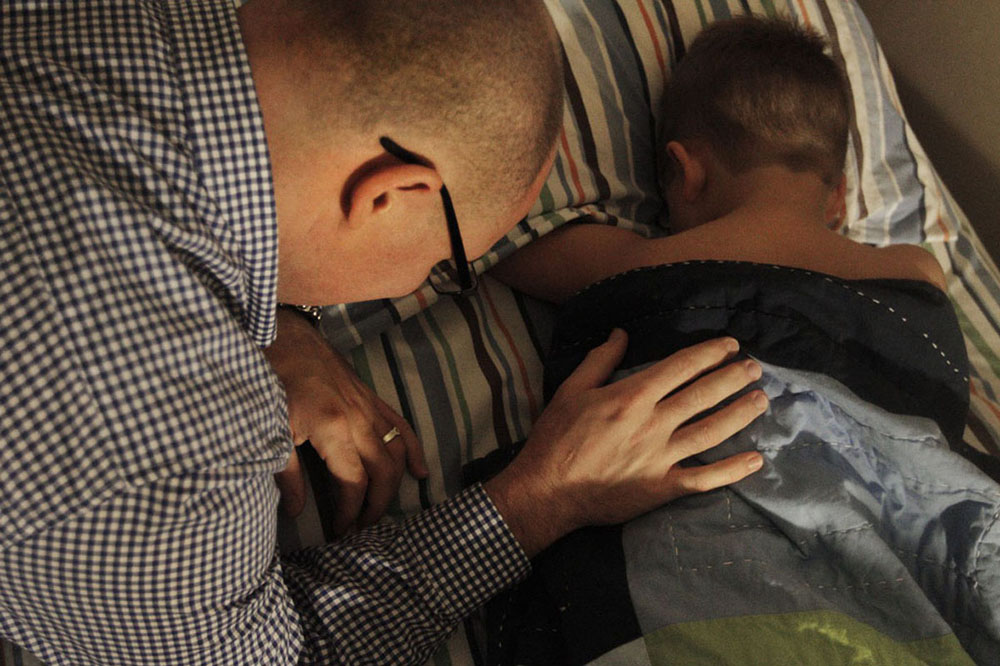 While waking up Owen Wednesday morning, Reggie stops to pray with him. Owen prayed for his new baby sister and his mom. 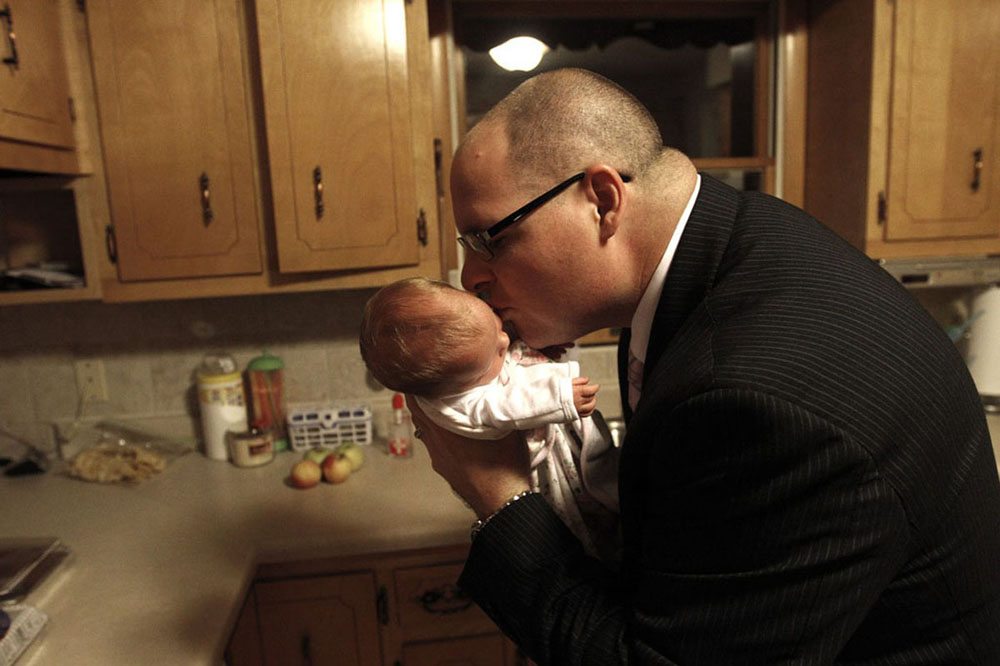