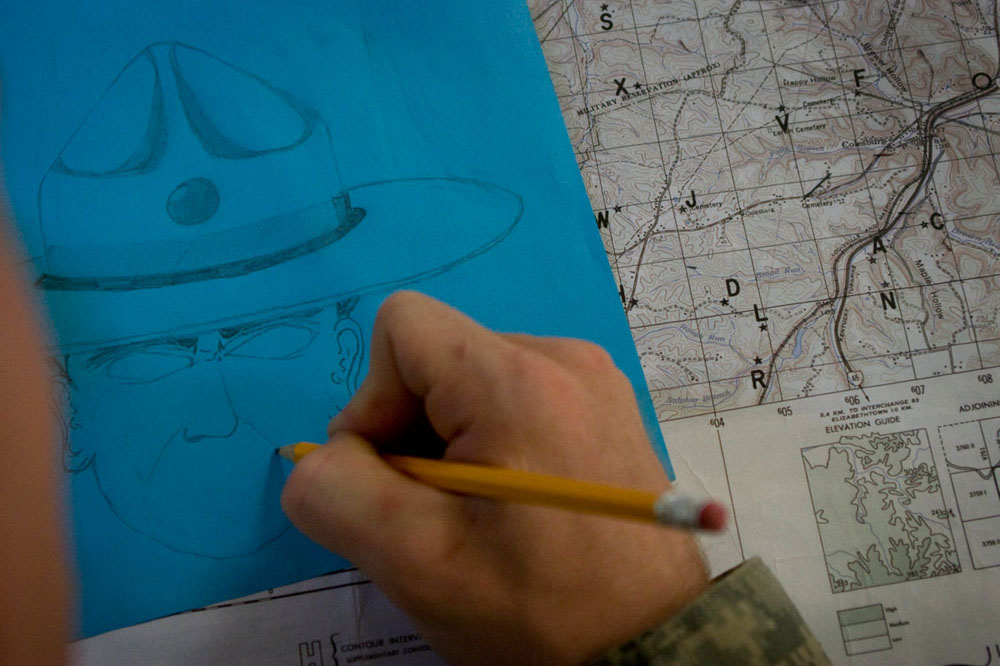 While sitting through a day of map reading classes in preparation for a forest land navigation test, a cadet draws a caricature of a drill sergeant to pass the time. Roughly 1,500 college students go through 29 days of training at Fort Knox, Ky., each summer before joining the Army ROTC programs at their schools. The sixth of seven companies to go through training in 2010, Co. A 2/321st IET, made up of roughly 200 cadets, was at Fort Knox from July 6 to Aug. 3, 2010. 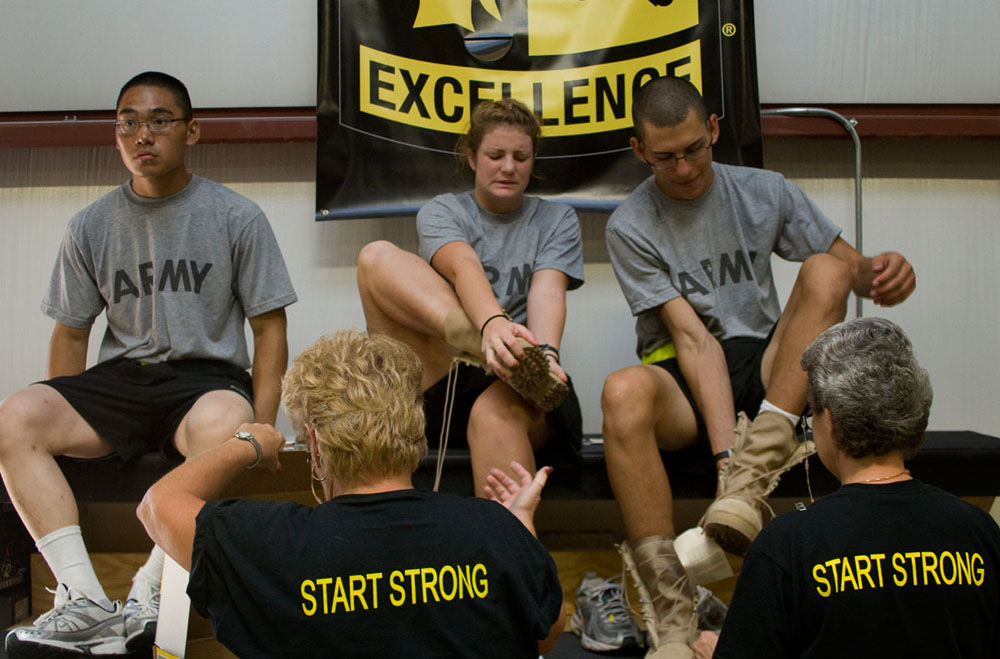 In their second full day on base, cadets are fitted for combat boots. Each cadet was issued two pairs of boots. 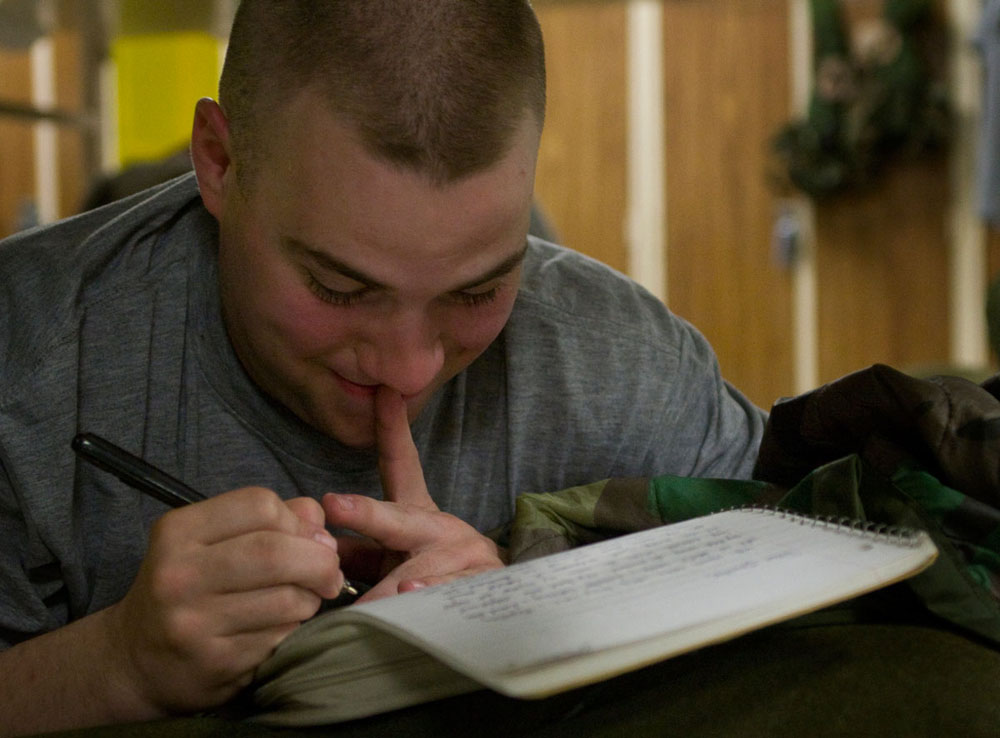 During nightly personal time, Dylan Alm writes a letter to his girlfriend July 19 in the company barracks. 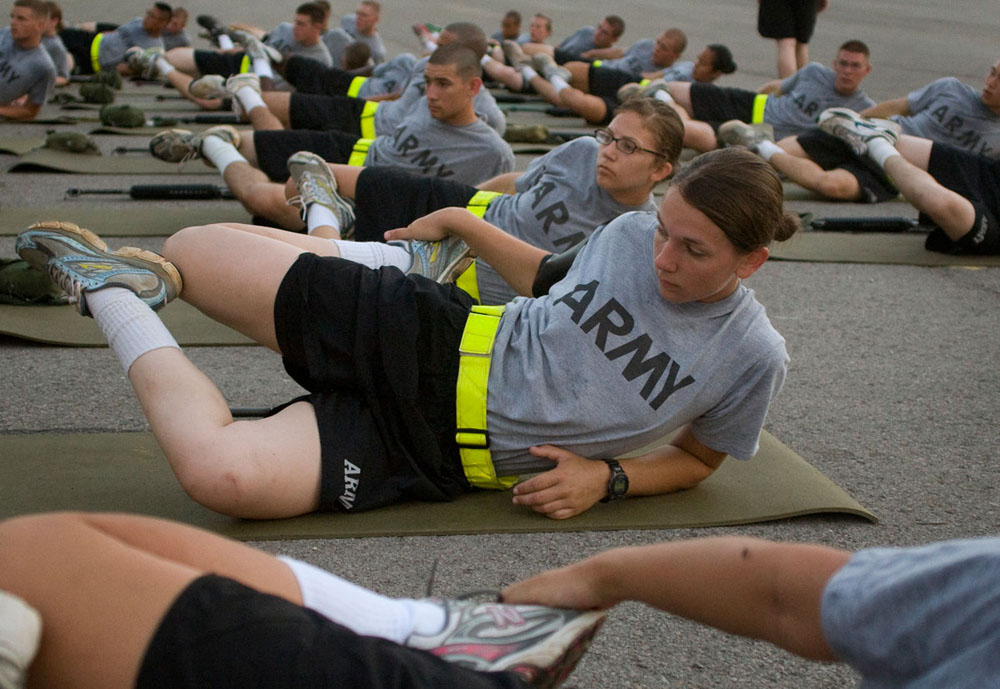 After taking a run in preparation for a physical training test, cadets stretch together. Cadets woke up at 5 a.m. most days and usually began training by 5:30. 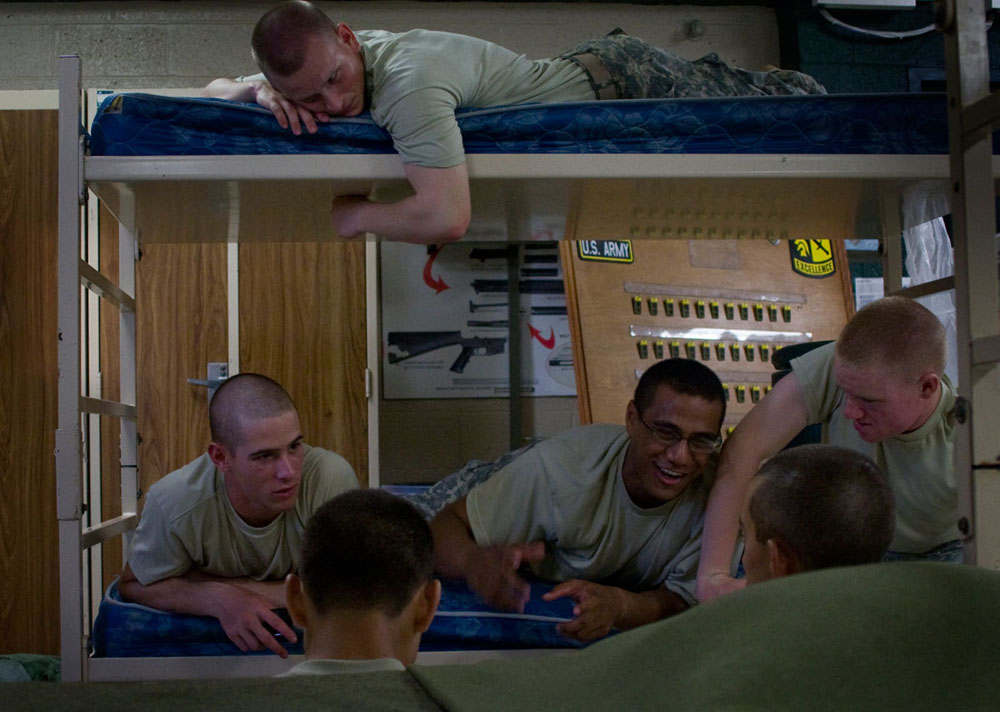 Cadets relax with each other in their barracks during their personal time July 28. Cadets were given one hour of personal time most nights before lights out at 10 p.m. 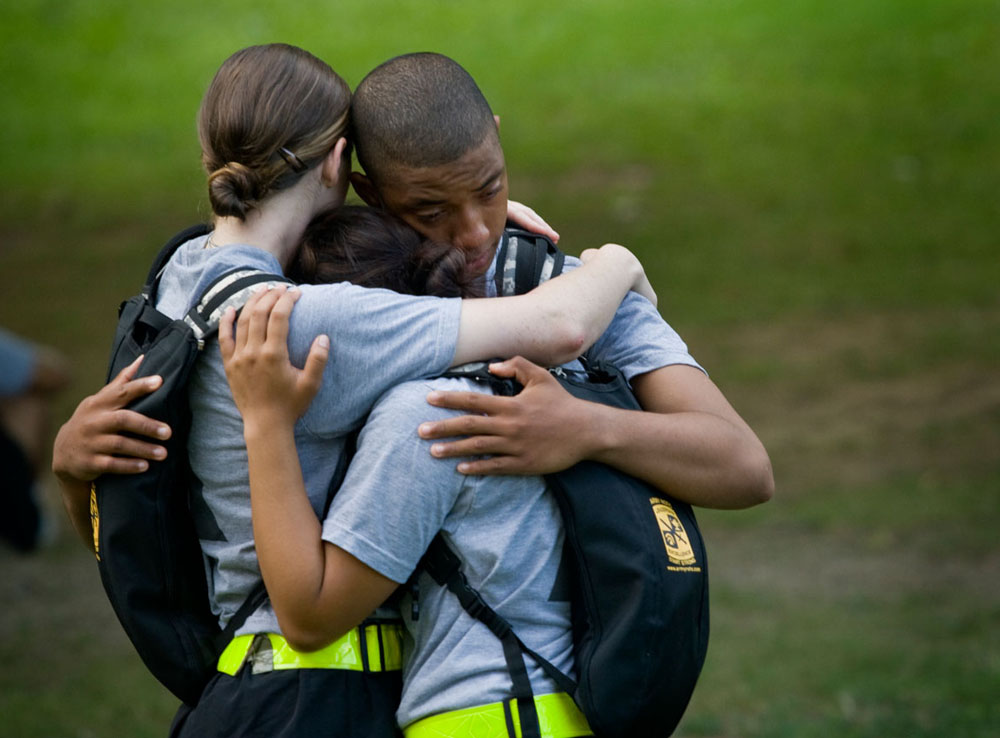 After learning of the death of fellow cadet Carmela Kirkland, cadets comfort each other outside the company barracks. Kirkland died the night before at University Hospital in Louisville from complications due to a lightning strike four days earlier at a training site. Kirkland, 18, from Dothan, Ala., planned to start classes at Marion Military Institute in the fall. 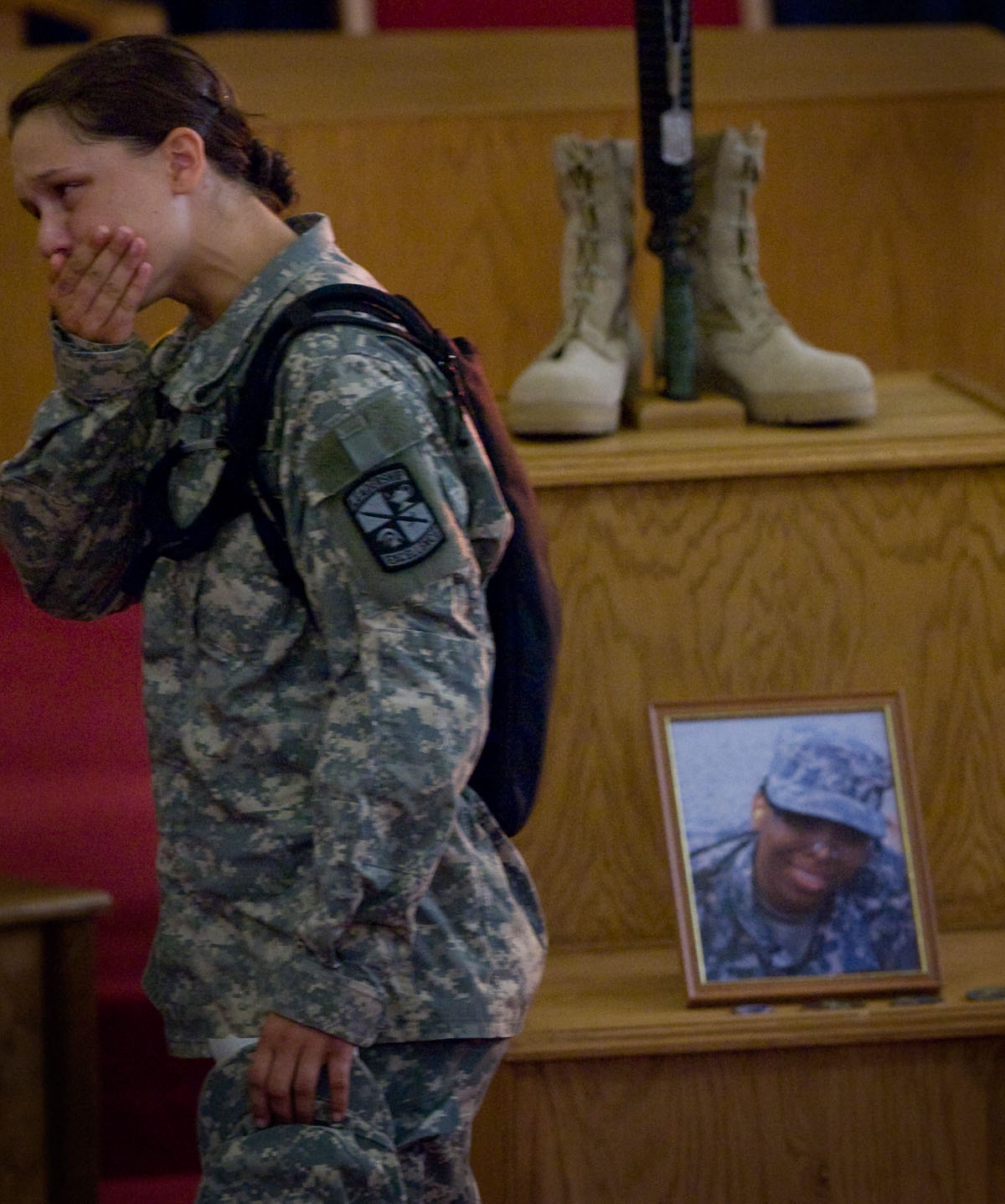 After a memorial service for cadet Carmela Kirkland, cadet Hannah Metheny passes by a photo of the deceased cadet and a display of her combat boots, rifle and kevlar helmet. 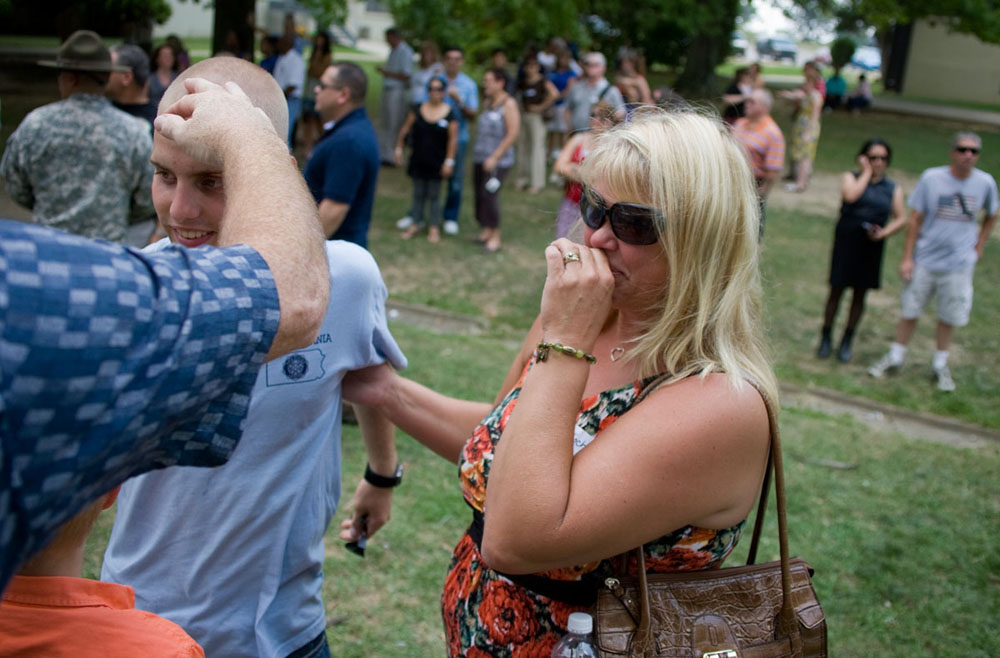 On family day, the second to last day of the 29-day training cycle, cadets reunite with their families.