I’ve gotten out into the community more during my second month working at the Catholic Courier and El Mensajero Católico. 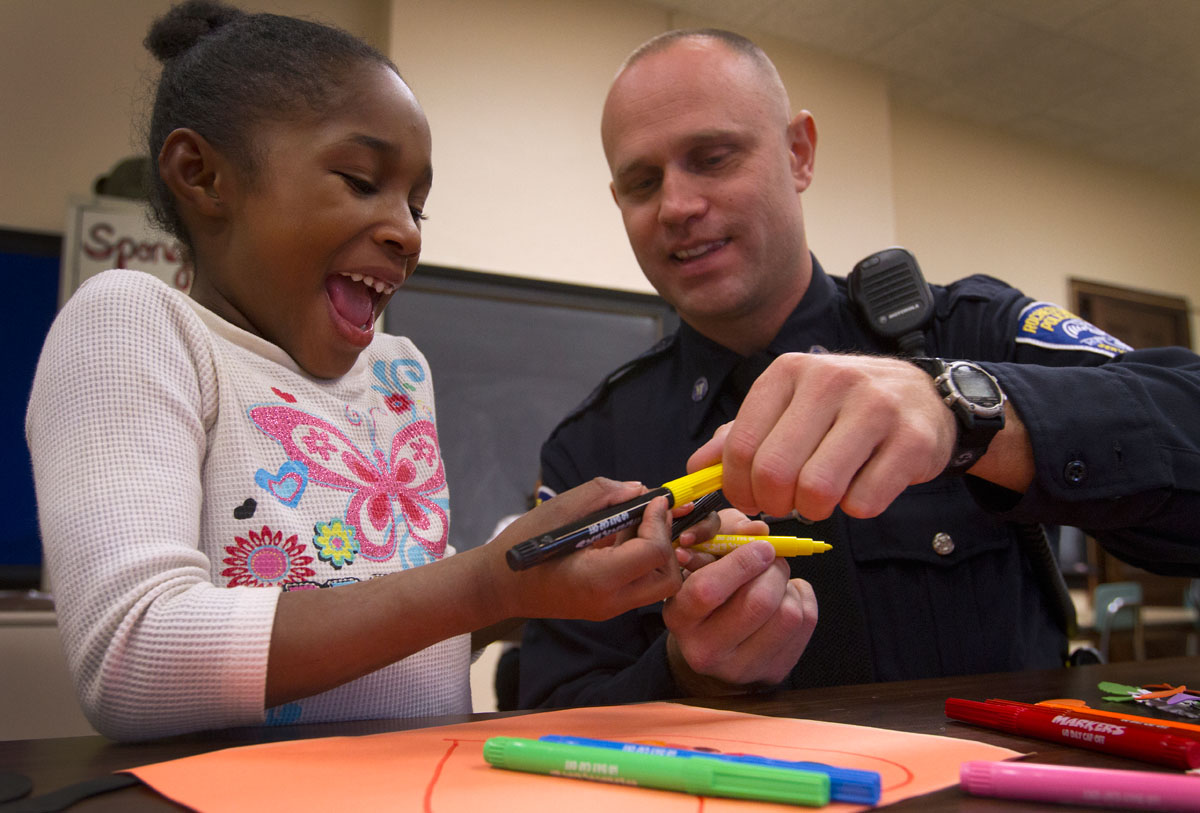 First-grader Jayla Simms laughs while Rochester police officer Jim Perry jokes about putting mismatching caps on her markers Oct. 31 at School 36, Henry W. Longfellow School. Perry, who patrols on the west side of Rochester, spends time with first graders once a week as part of Generation Two mentoring. This is Perry’s second year volunteering with the program. 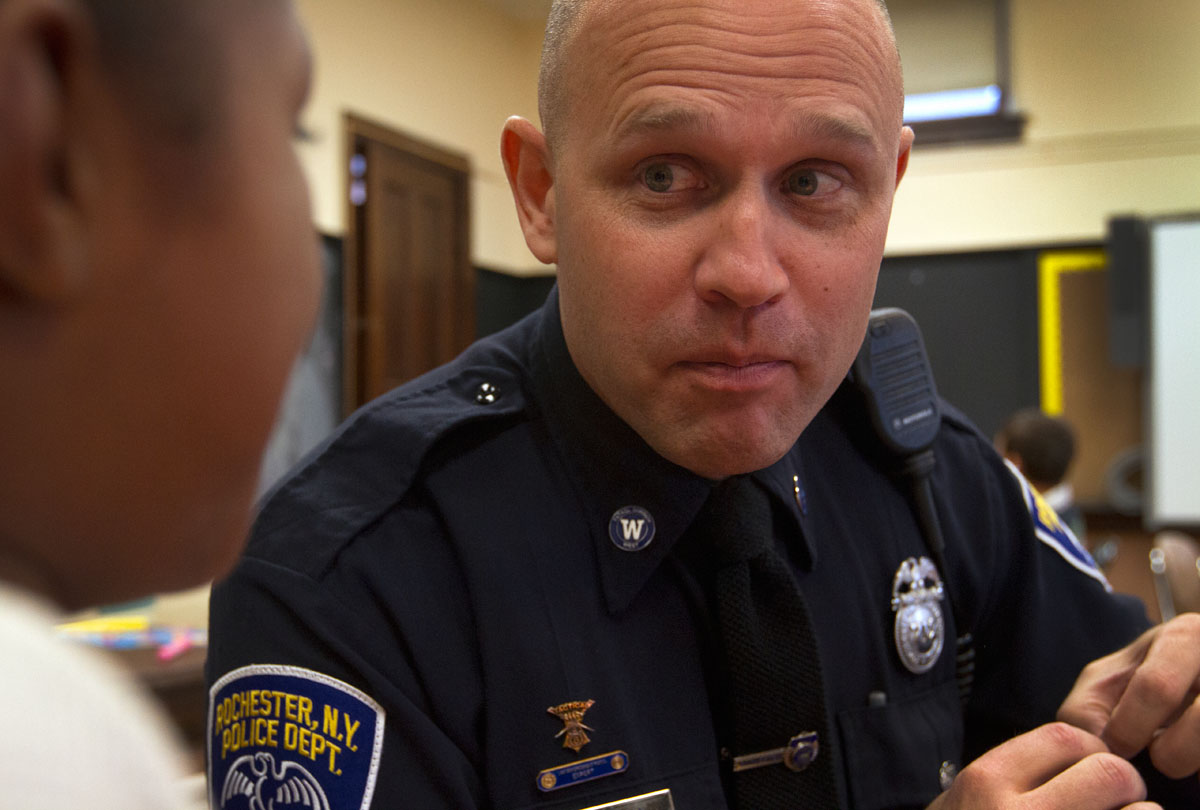 Perry listens to Simms while working on a craft. 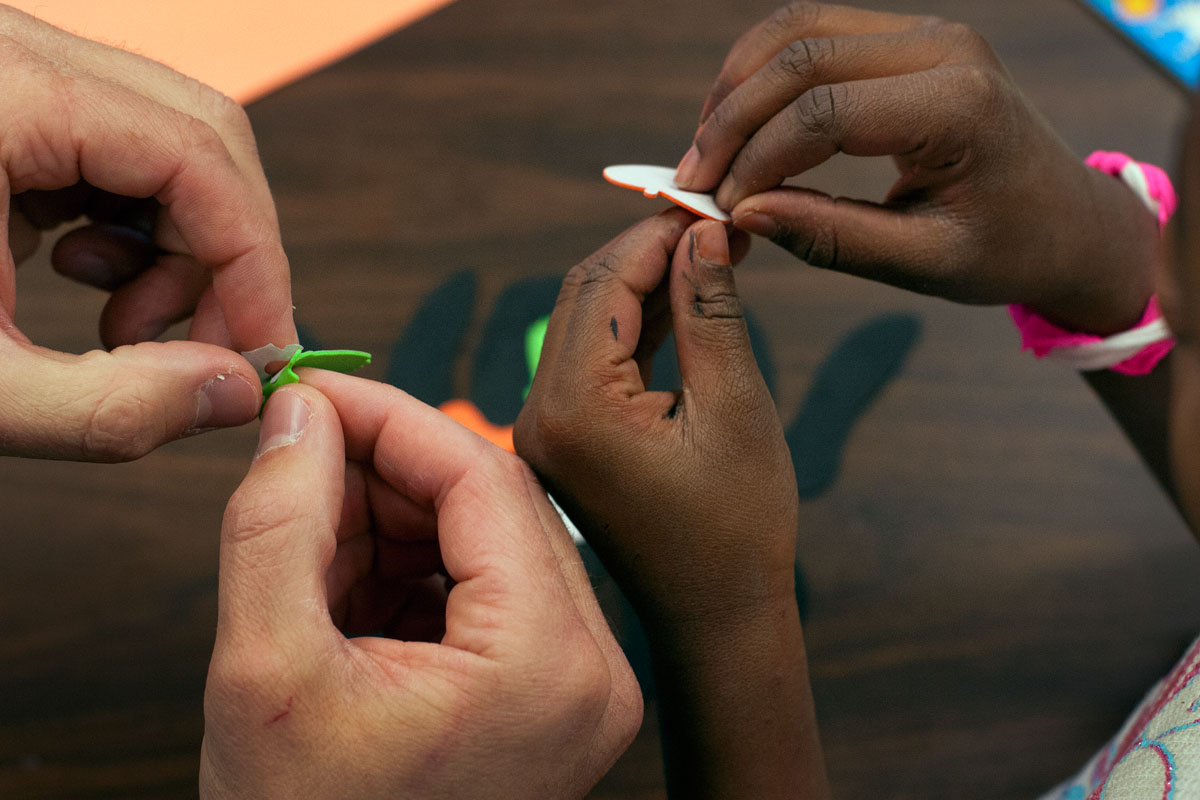 Perry and Simms peel the paper backings off of foam Halloween stickers. 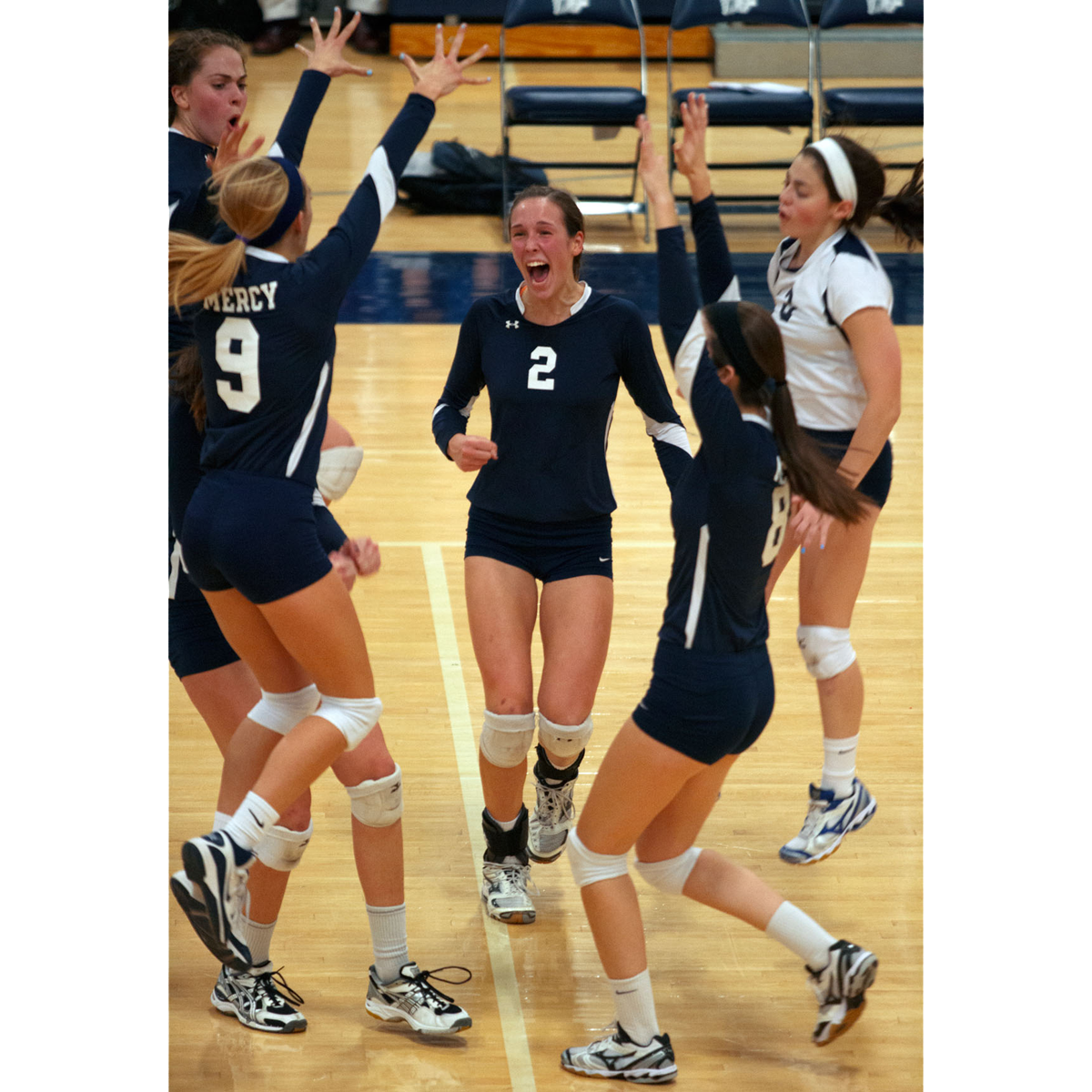 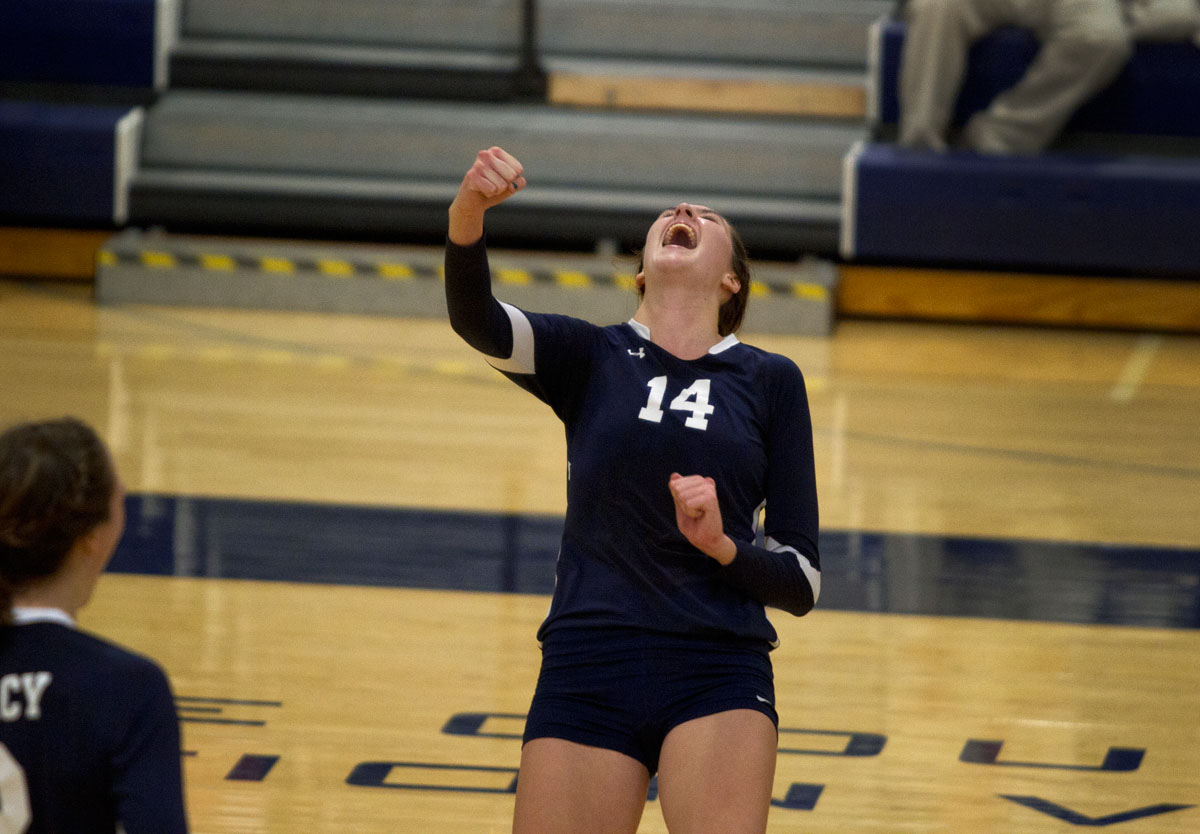 Senior Terese Cannon celebrates between points Nov. 1 at Gates Chili High School. Mercy defeated Penfield in five sets to win the sectional title, and Cannon was named Most Valuable Player in the tournament. 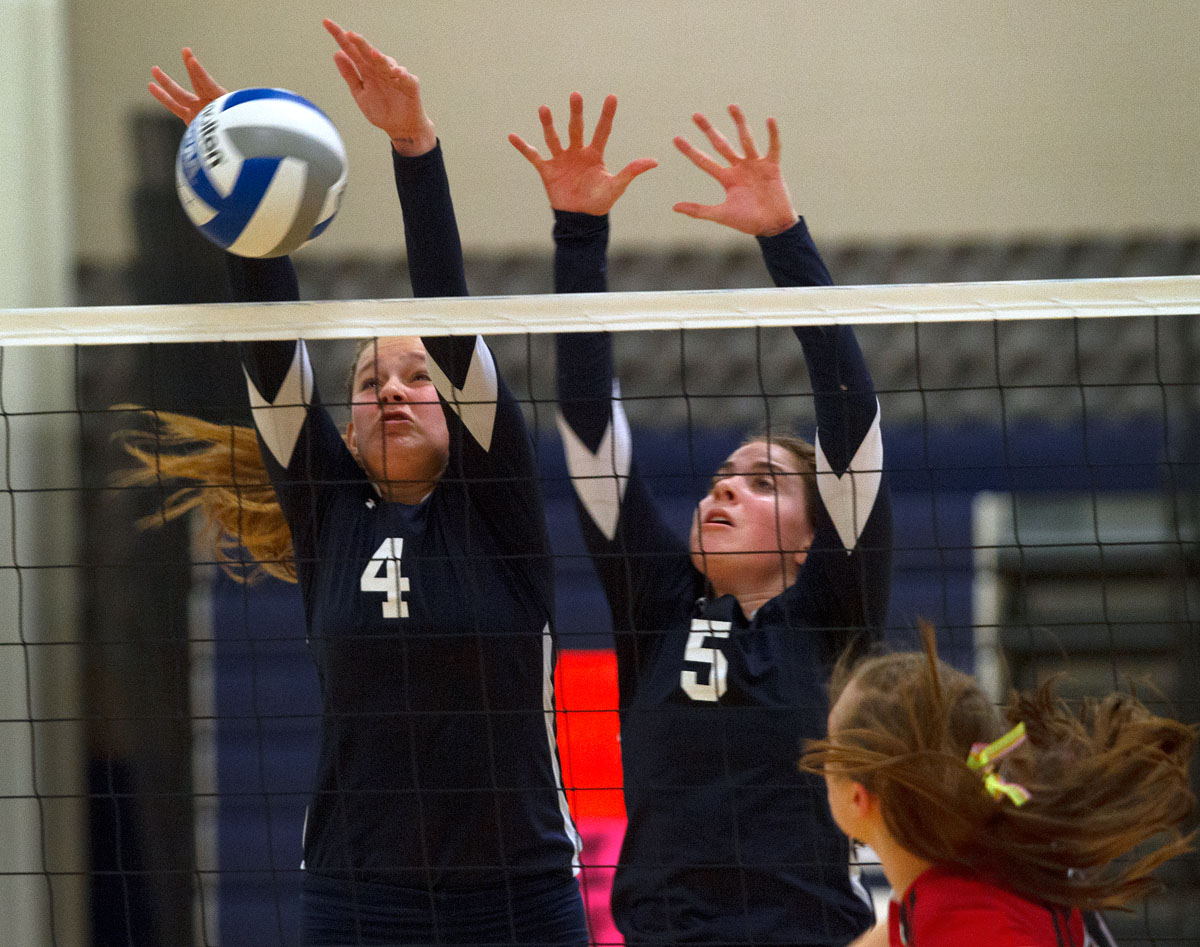 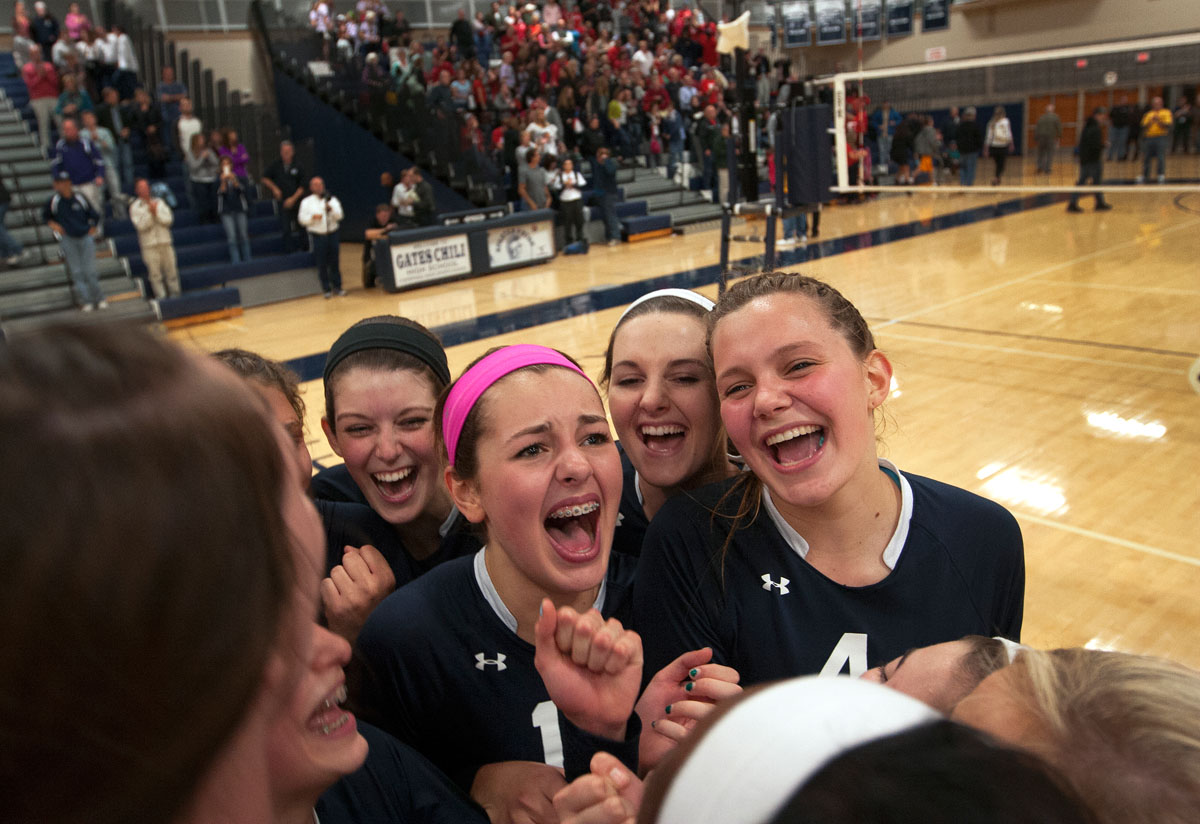 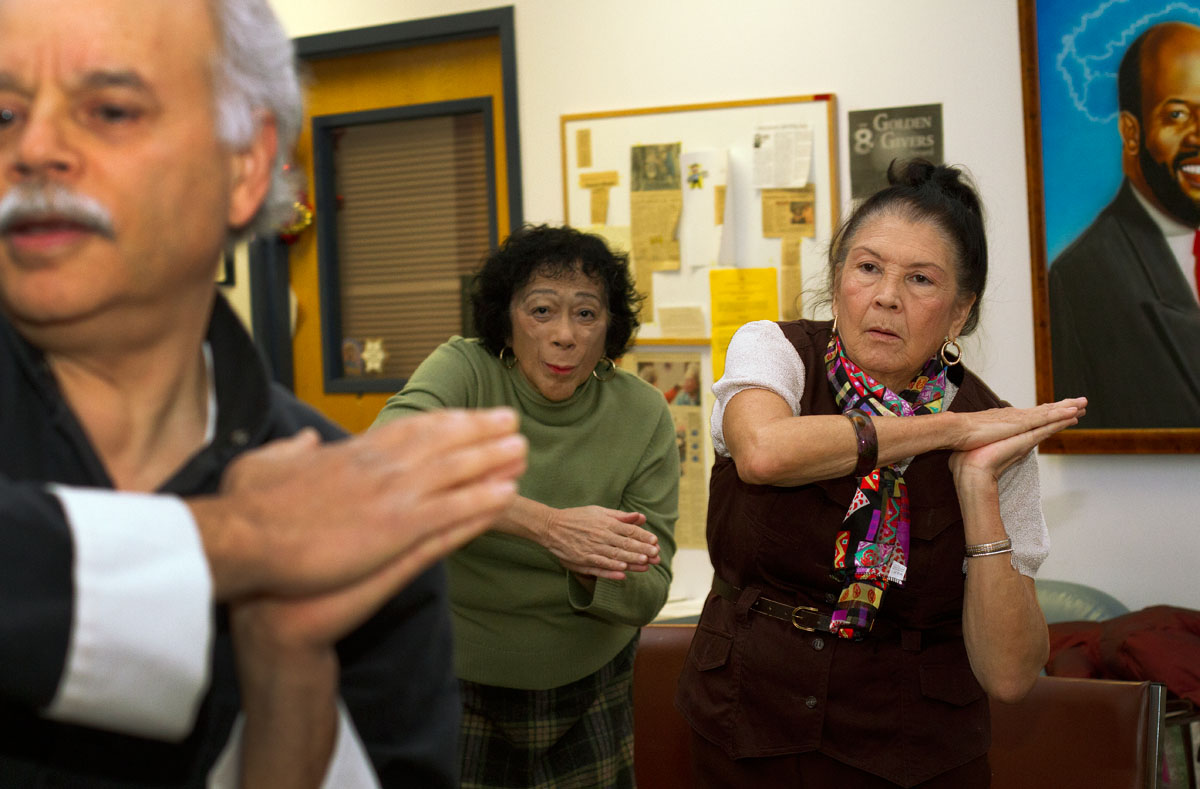 Bertha Bu Melian (right) and Aliza Gutierrez learn taiji from Carmelo Ramos during a conference for caregivers of Alzheimer’s patients. Taiji can slow the progression of Alzheimer’s disease, Ramos said. 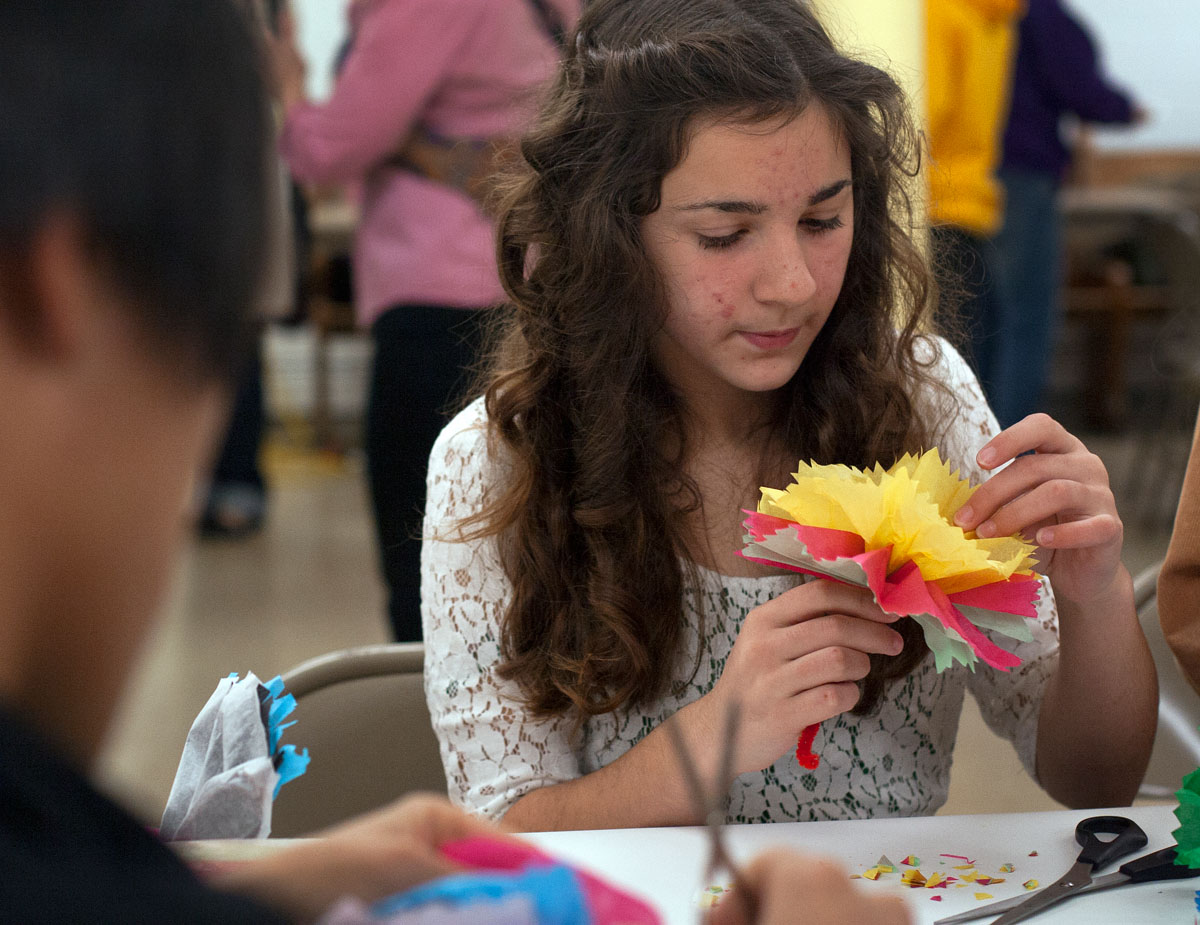 Katharina Nieves makes a flower out of tissue paper and a pipe cleaner during the Day of the Dead celebration. Students from York Central School volunteered at a variety of craft tables at the celebration after learning about the tradition in their Spanish class.

High schoolers participate in team building games during a parent-pilgrim meeting to prepare for the National Catholic Youth Conference Oct. 20 at Church of the Transfiguration in Pittsford. 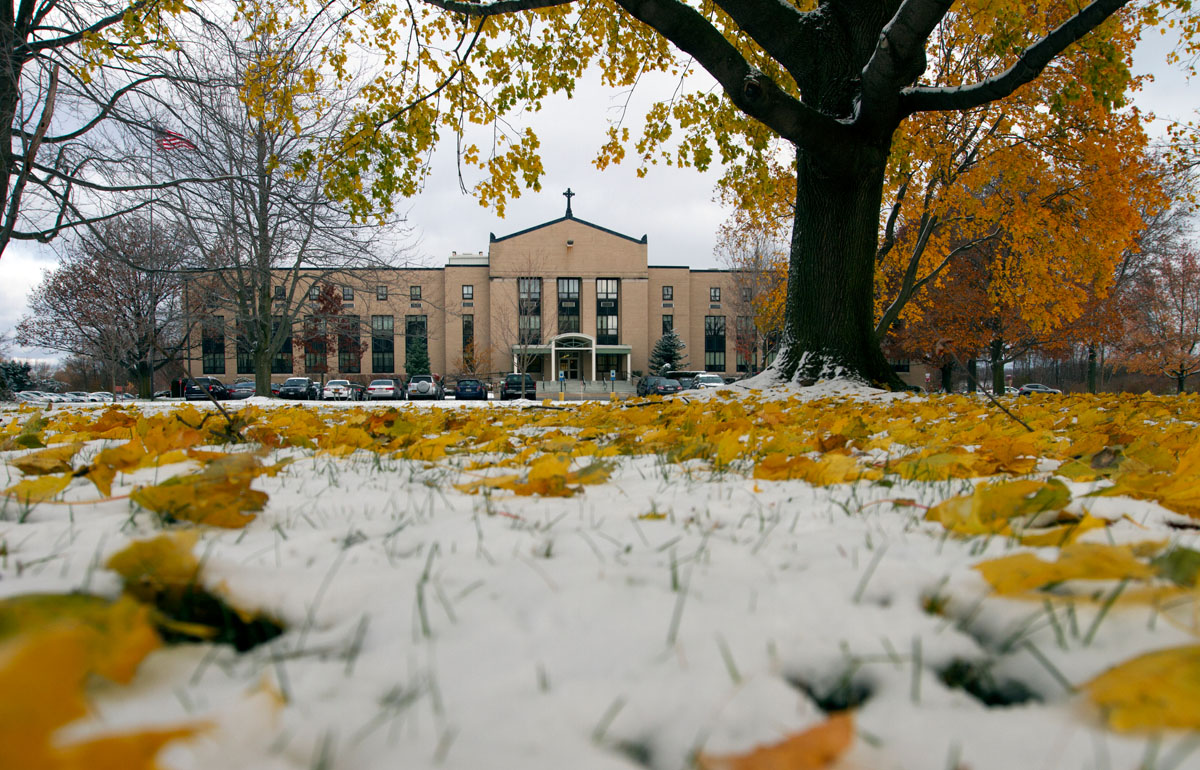 Snow and leaves cover the lawn outside the diocesan Pastoral Center on the day of the first snowfall of winter in Gates.