Megan Hildebrand slides safely into home plate to score in the fifth inning of Aquinas Institute’s 5-3 loss to Geneva May 29 in the Section Five Class A2 championship game at the State University of New York at Brockport. 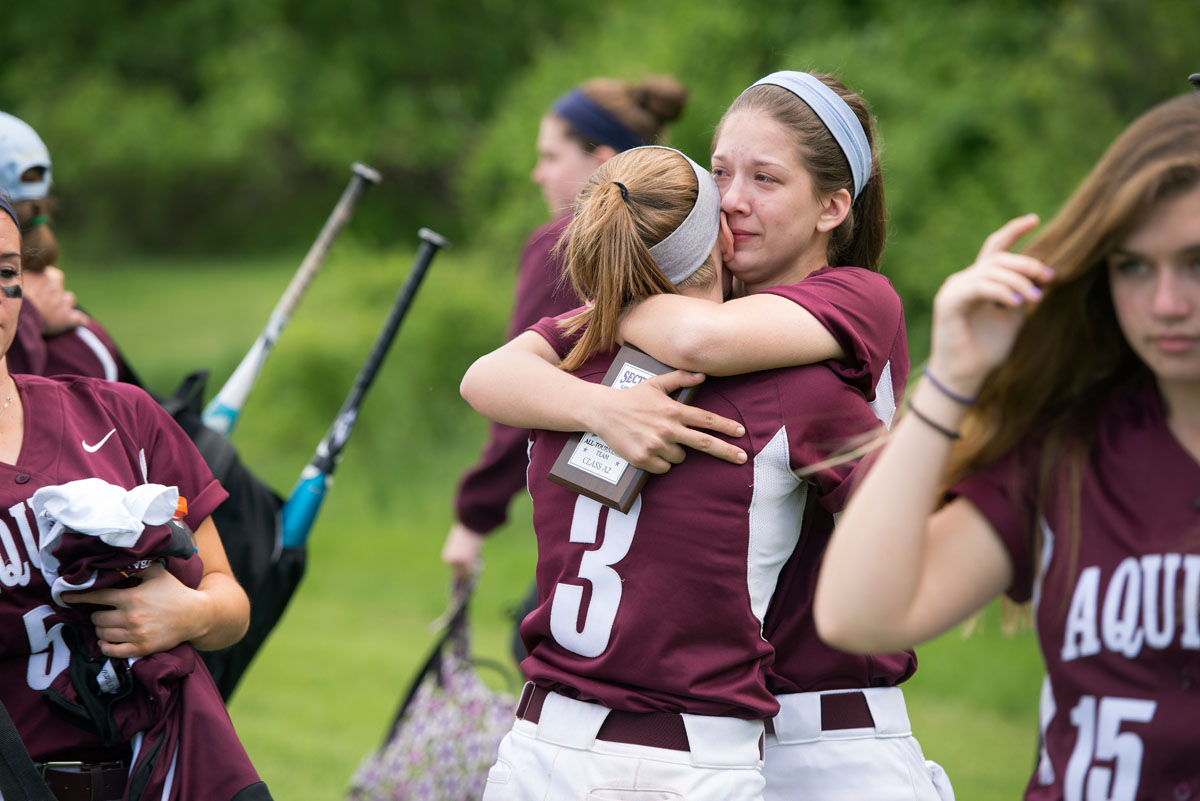 Sam Ashman hugs Sarah Gensler (3) after Aquinas’ 5-3 loss in the Section Five Class A2 championship game. Ashman was named to the all-tournament team. 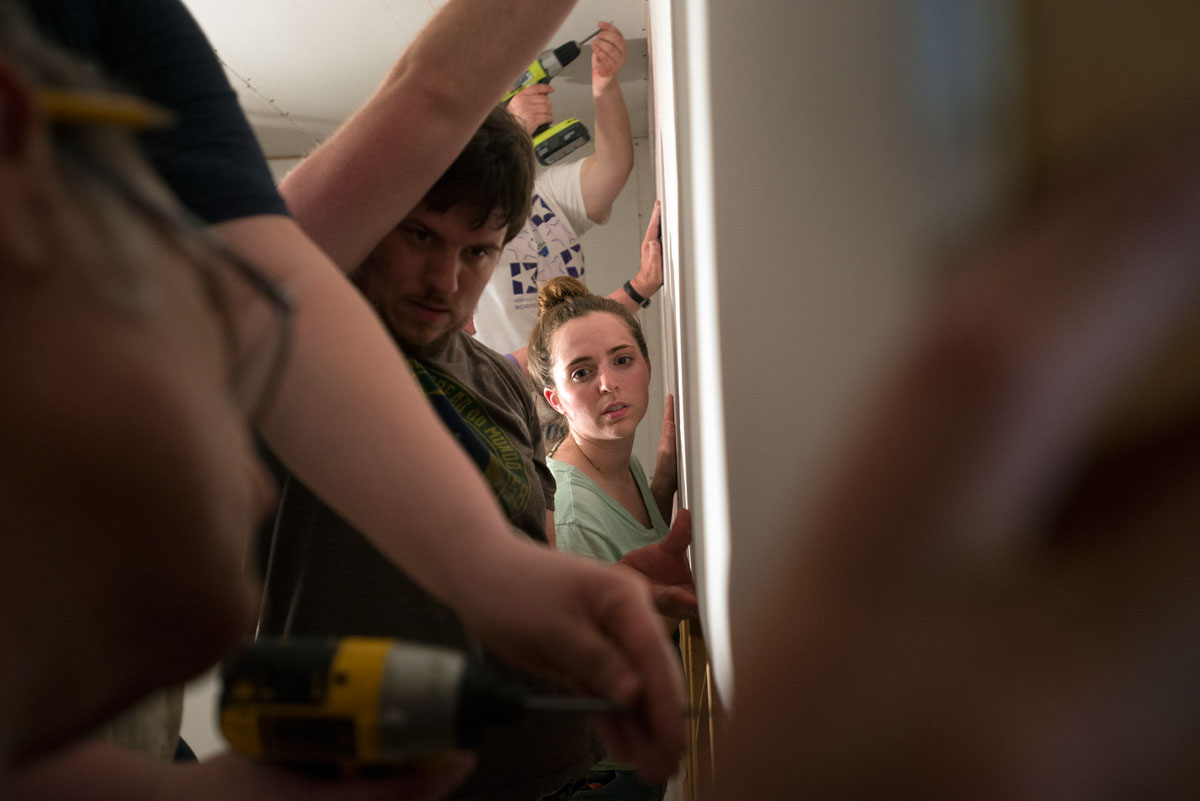 James Pike and Alice Swarthout hold up a piece of Sheetrock while other volunteers attach it to a bedroom wall at a home in Genoa, W.Va. Eighteen volunteers from the Gates Catholic Community traveled to the Appalachians on a mission trip at the end of May. 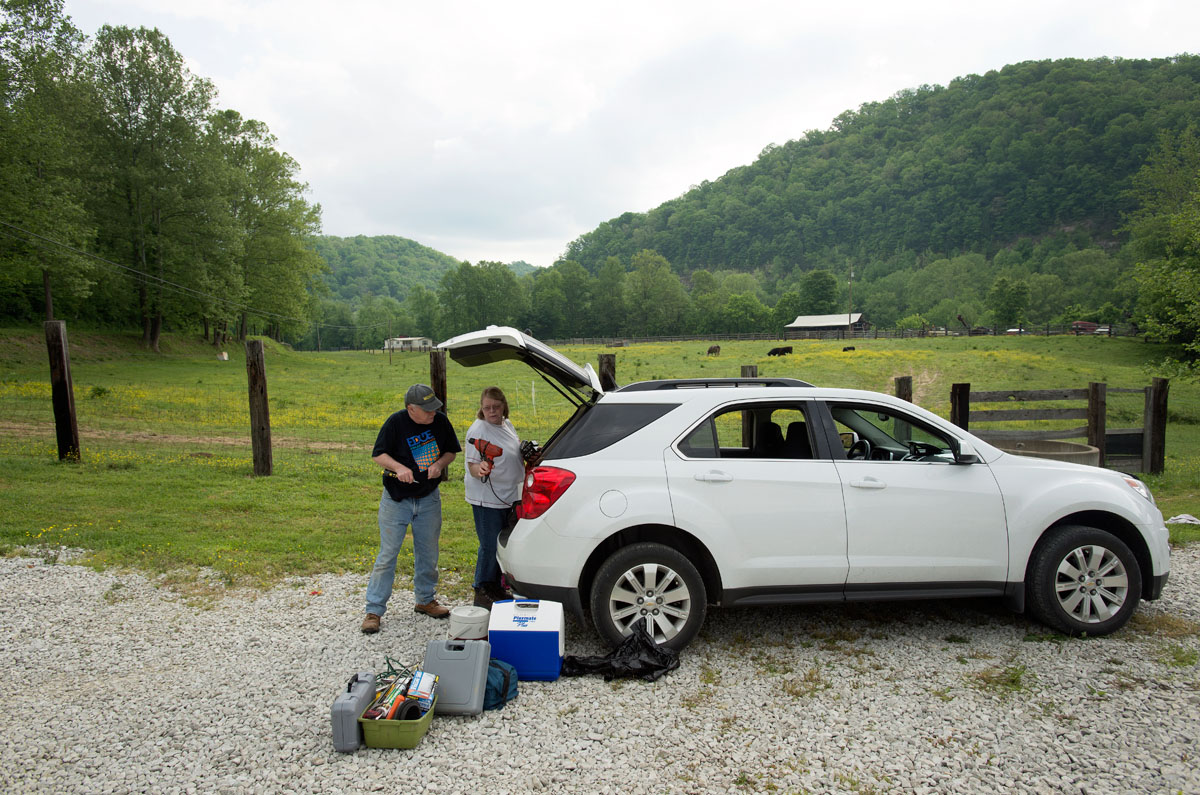 Jim and Leah unload tools before working on a home in eastern Kentucky. 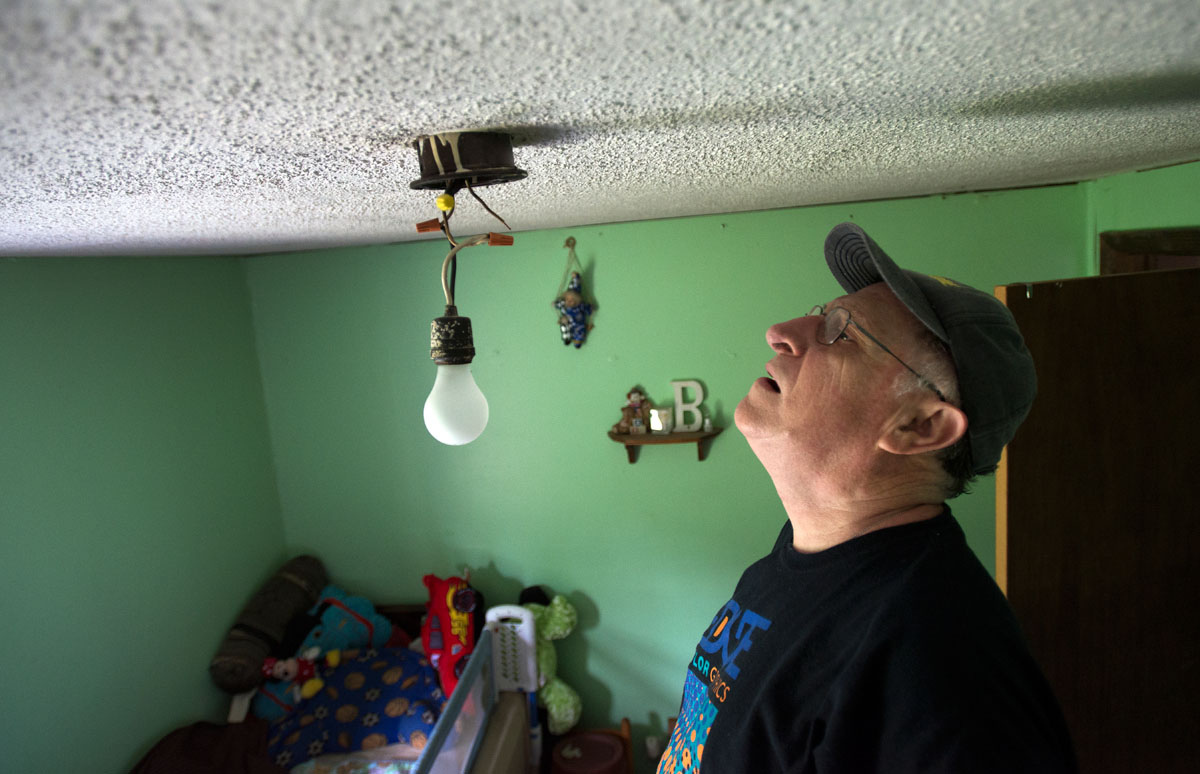 Jim Stocks inspects the wiring of a ceiling light in a bedroom at a home in eastern Kentucky. The light could only be turned on when the home’s kitchen light was also on. 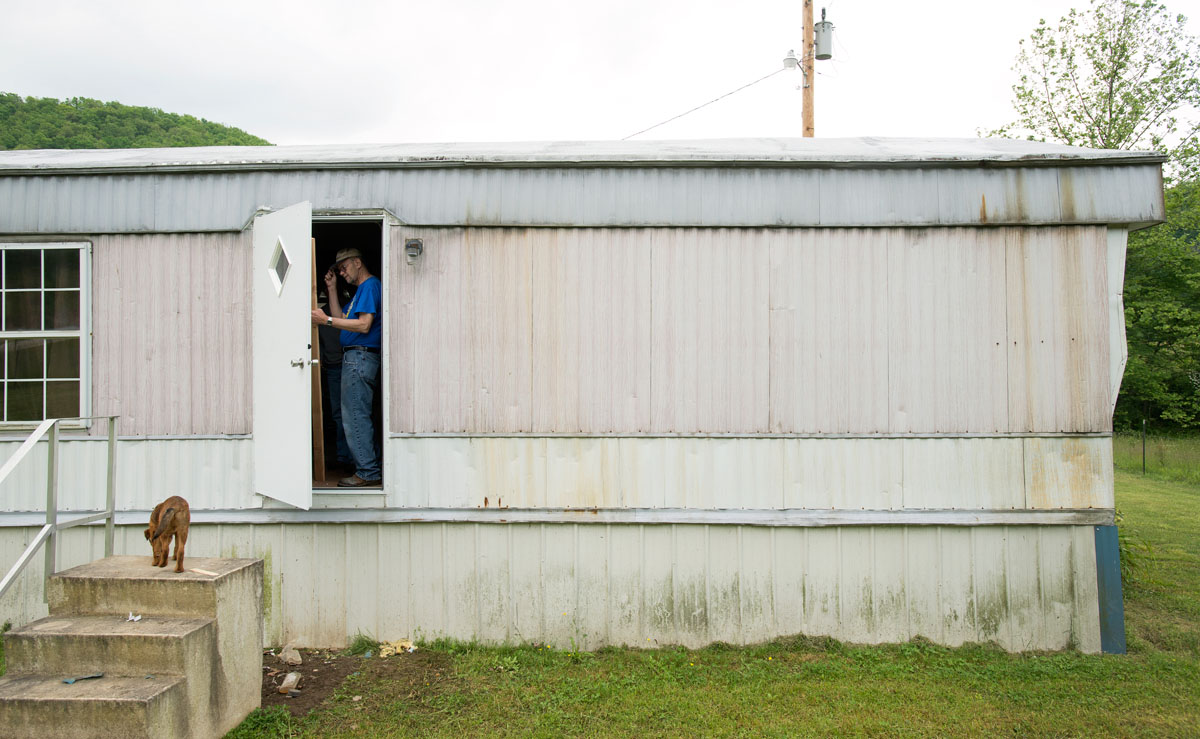 Dale measures wood for a door frame at a home in eastern Kentucky. 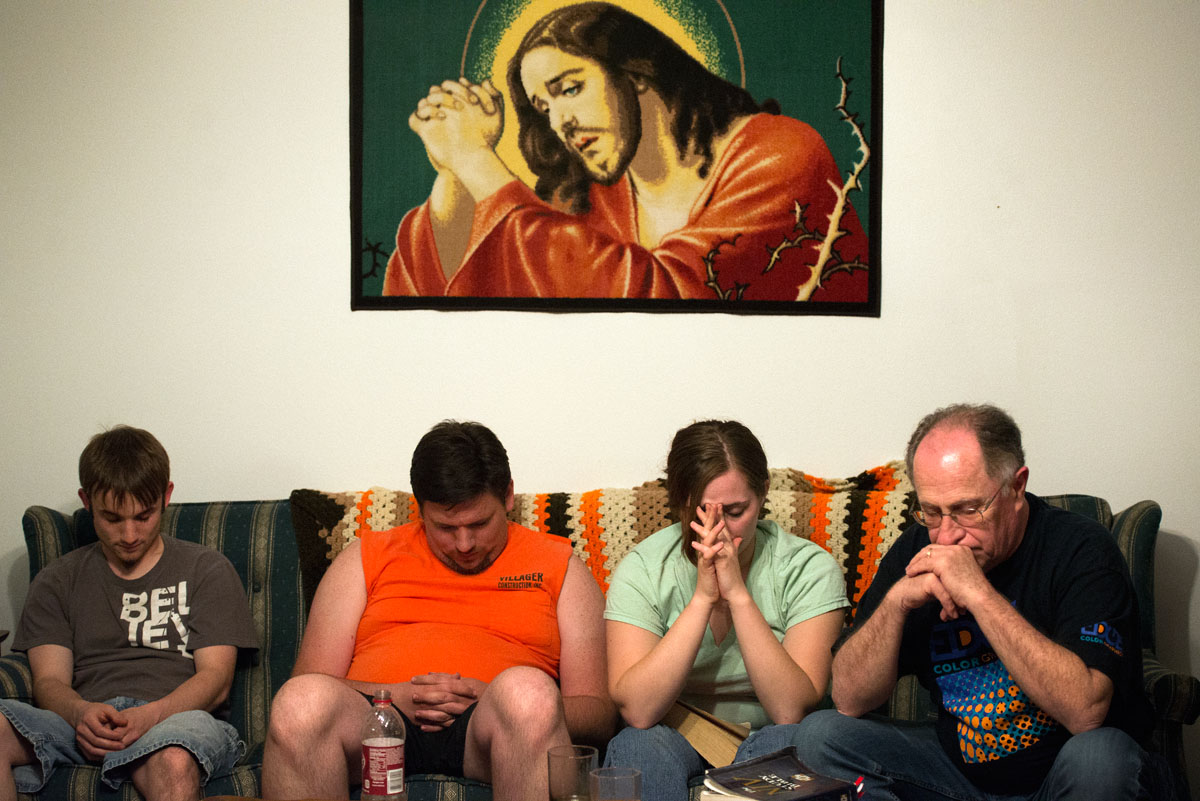 Jonathan Willistein (from left), James Pike, Alice Swarthout and Jim Stocks pray at the end of a Bible study May 20 at the house they stayed at in Louisa, Ky. 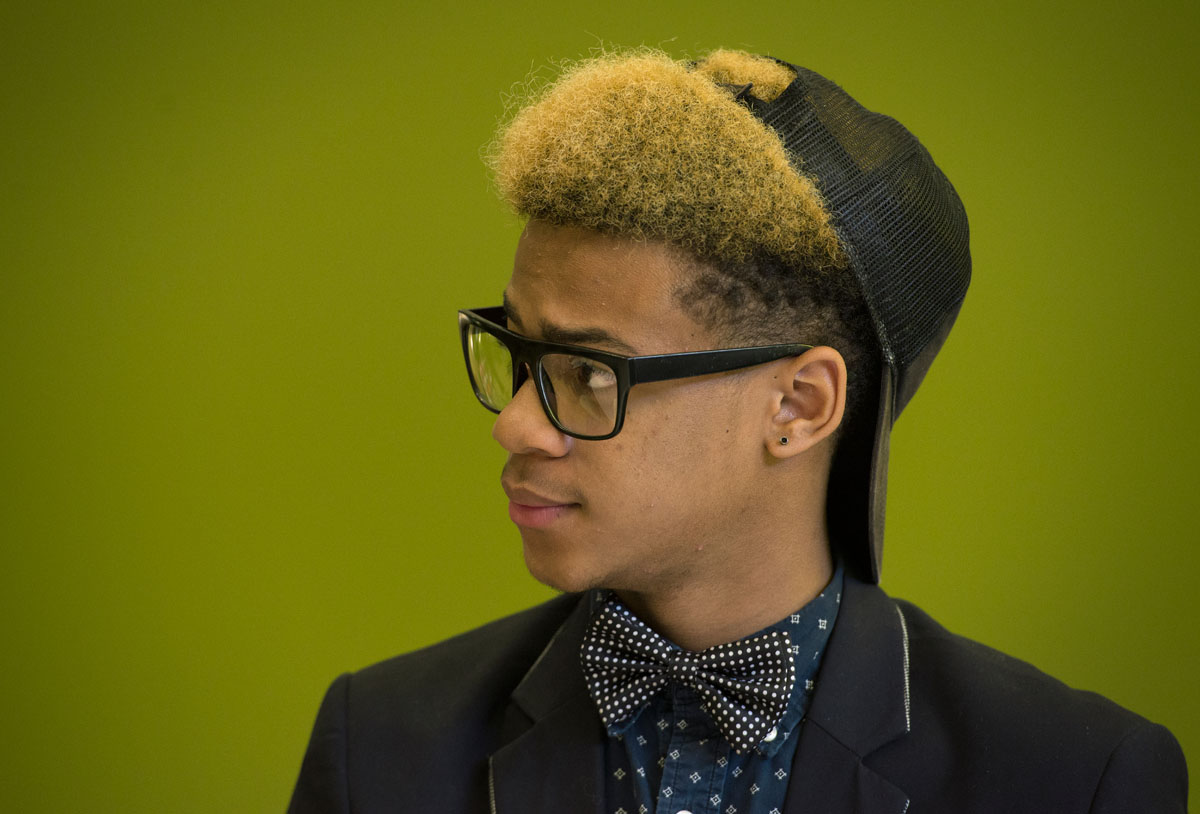 A student listens to a lesson during Hillside’s Youth Employment Training Academy May 31. The 5-day, 25-hour training helps teenagers prepare to apply for jobs at partner companies. 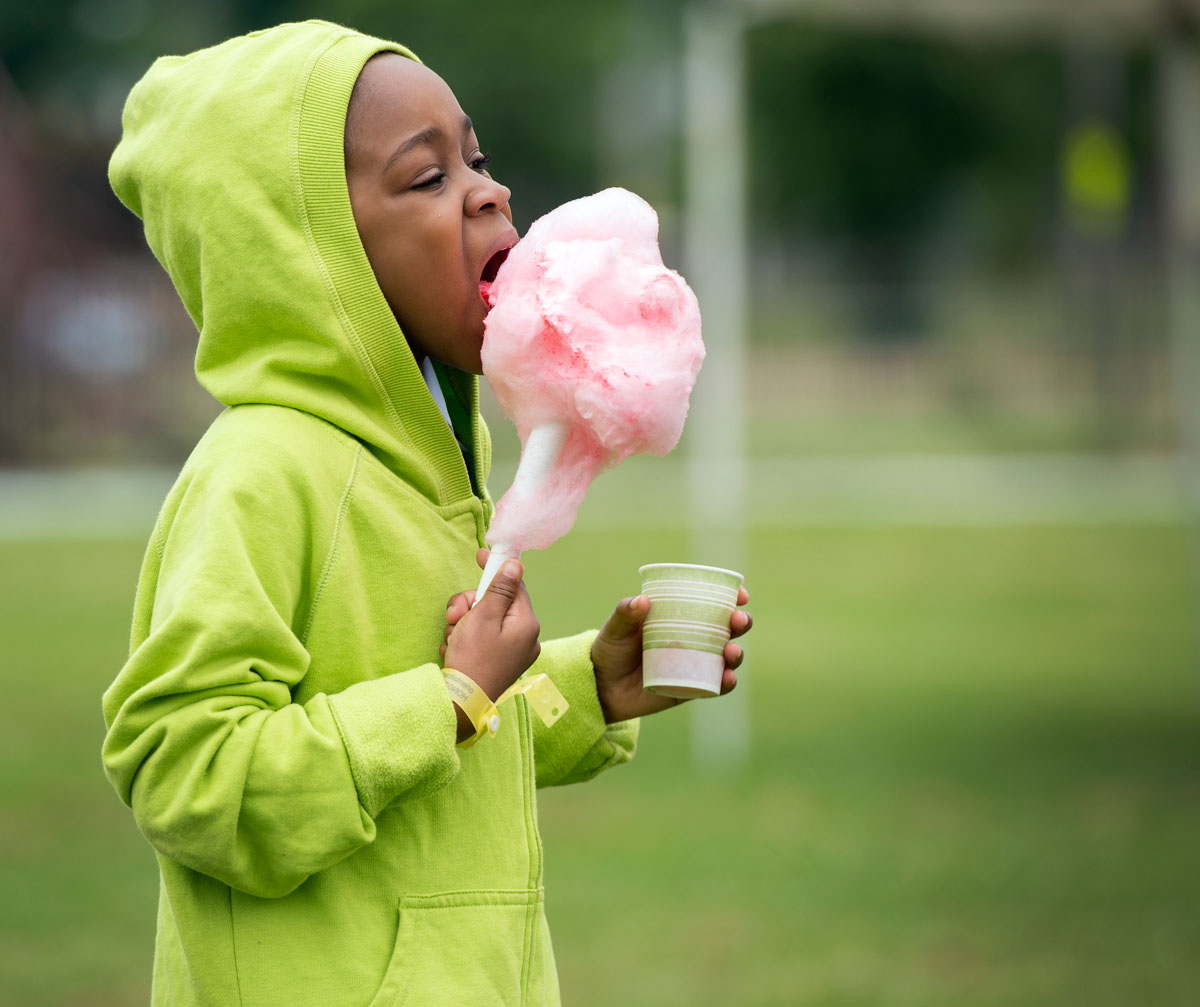 Seven-year-old Sesly Williams eats cotton candy during the Rochester City School District Latino Family Fair at Rochester International Academy June 14. A variety of carnival-themed foods were given out at the fair. 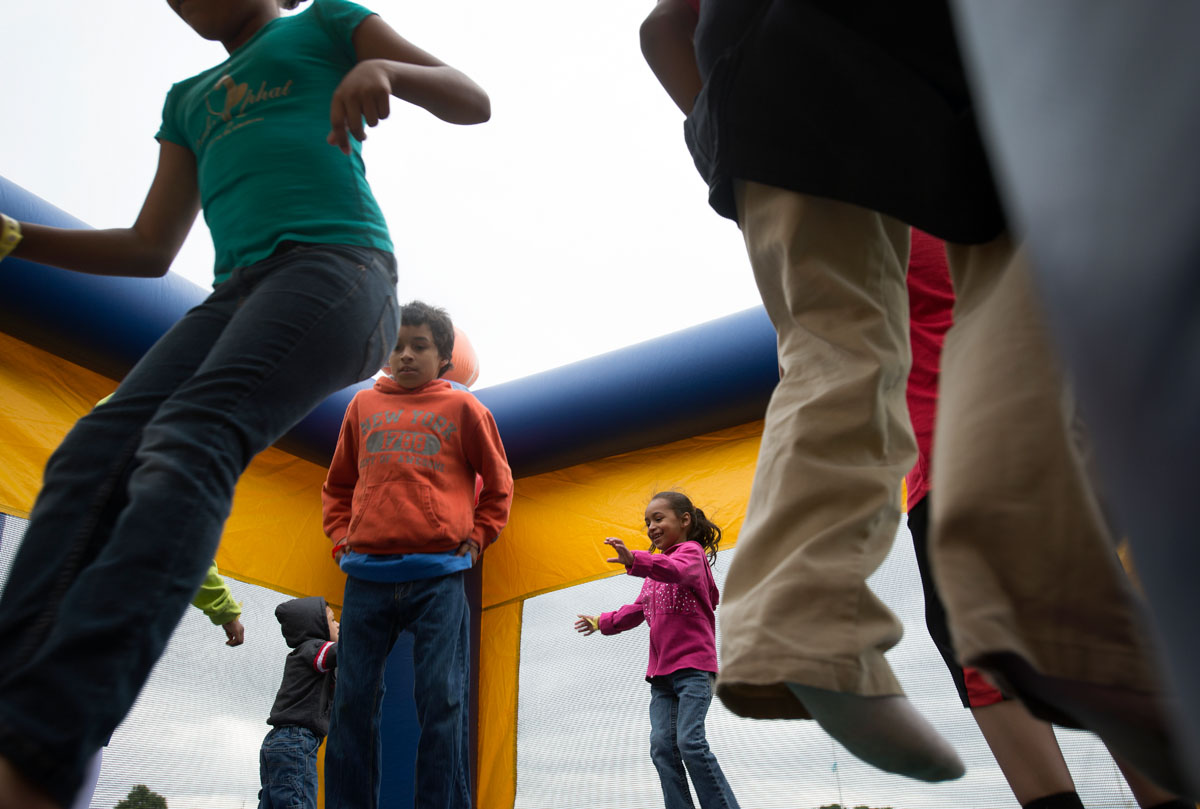 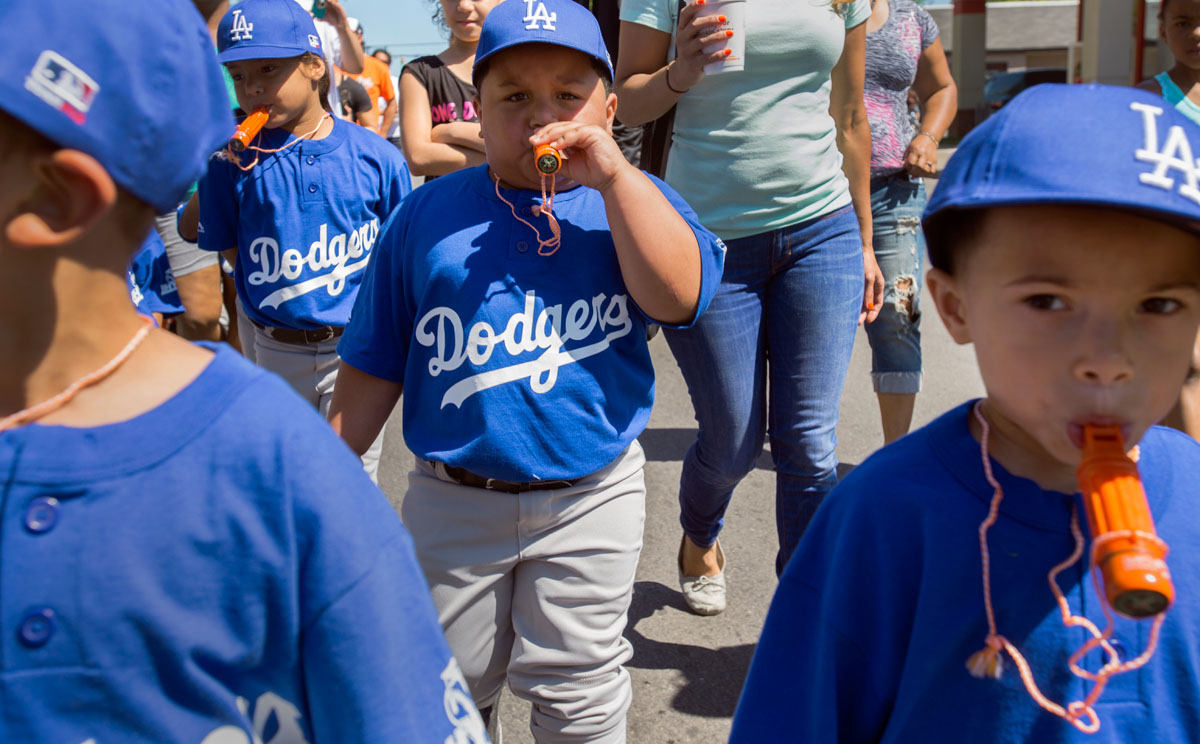 Five-year-old Luis Manuel Ramos blows a whistle while walking with teammates in a parade down Clinton Avenue to kick off the Rochester Hispanic Youth Baseball League’s 19th season June 7. 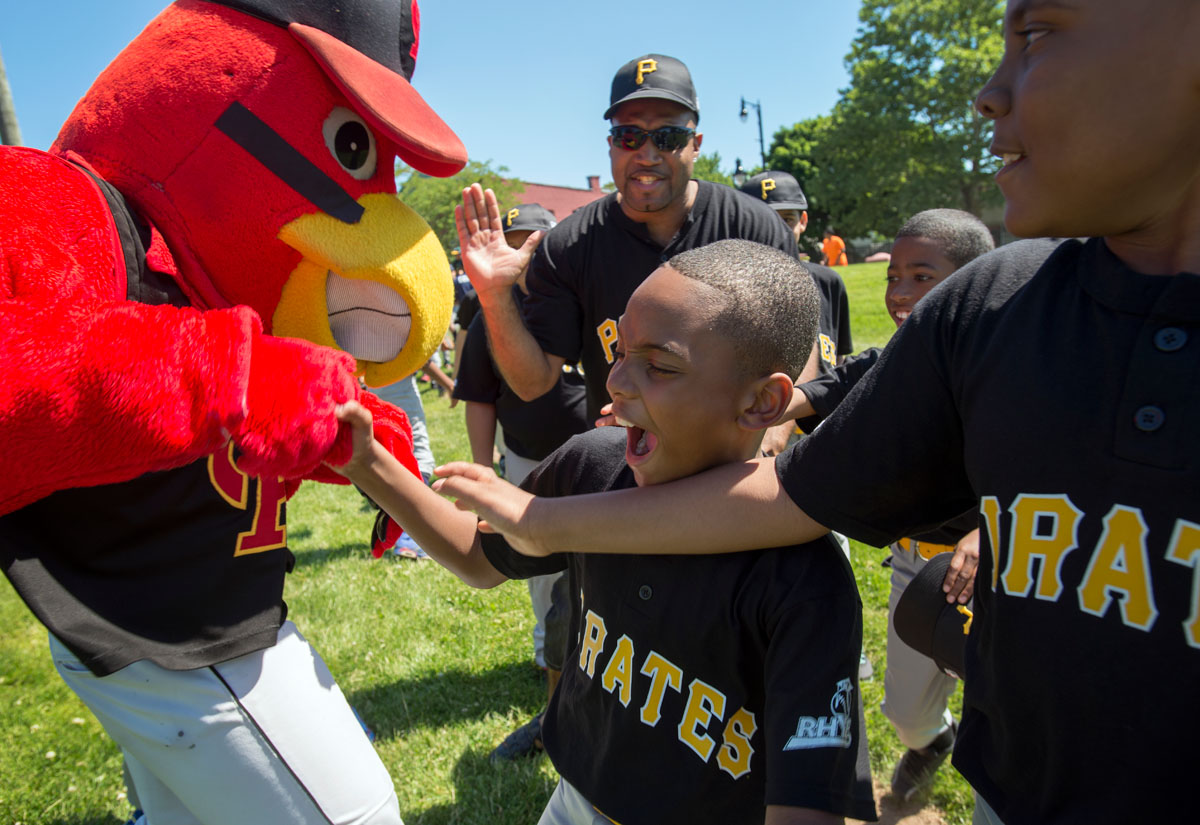 Nine-year-olds Edy Marlin (left) and Julier Ruiz high-five Spikes, the Rochester Red Wings mascot, at the end of the parade down Clinton Avenue. 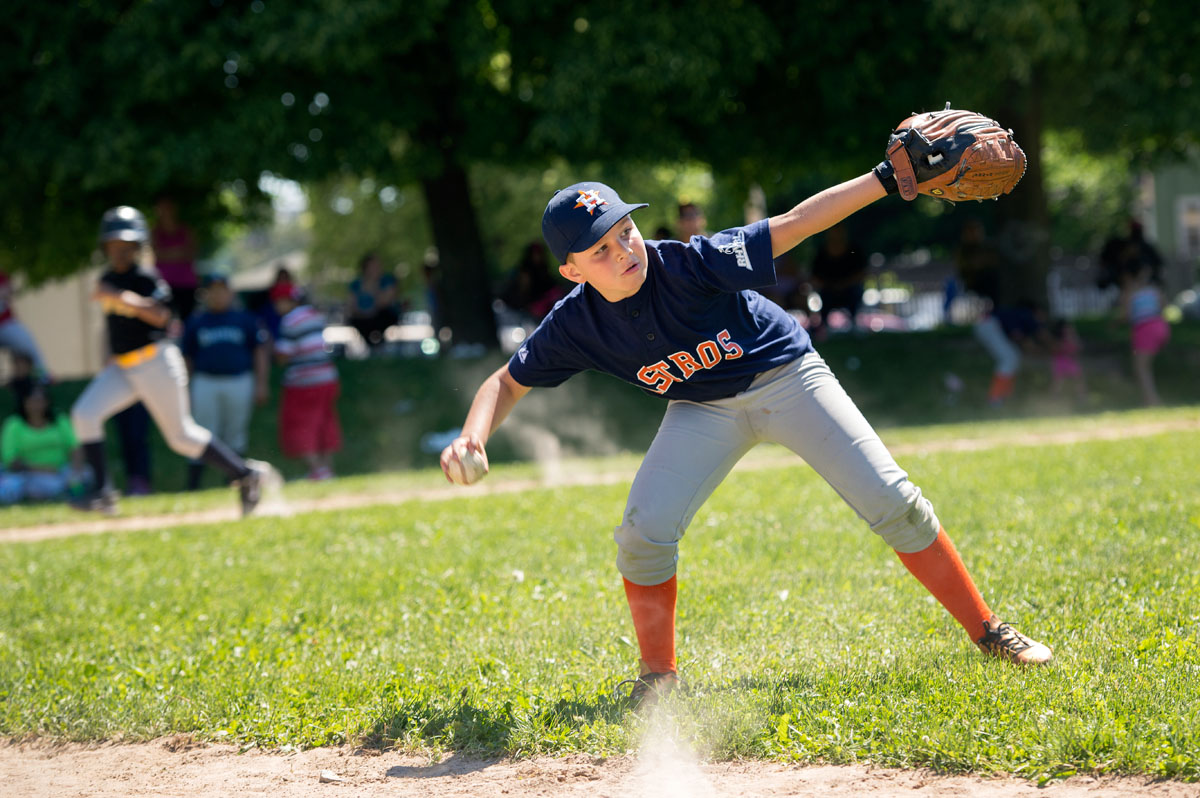 Ten-year-old pitcher John Rios fields a ball as a Pirates player scores a run. The Astros beat the Pirates 12-8 in RHYBL’s first game of the season. 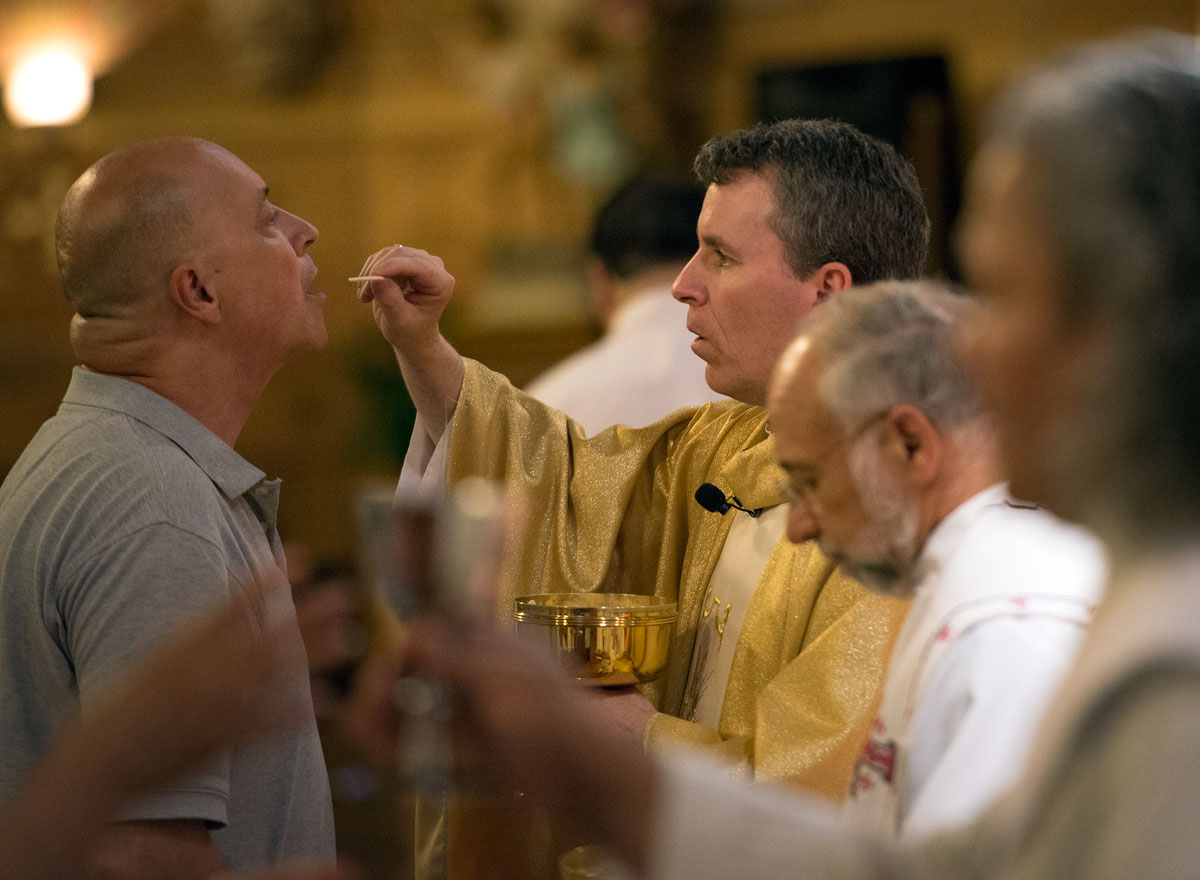 Father Mickey McGrath serves Communion during a Mass to celebrate the Nativity of St. John the Baptist June 24 at St. Michael Church in Rochester. 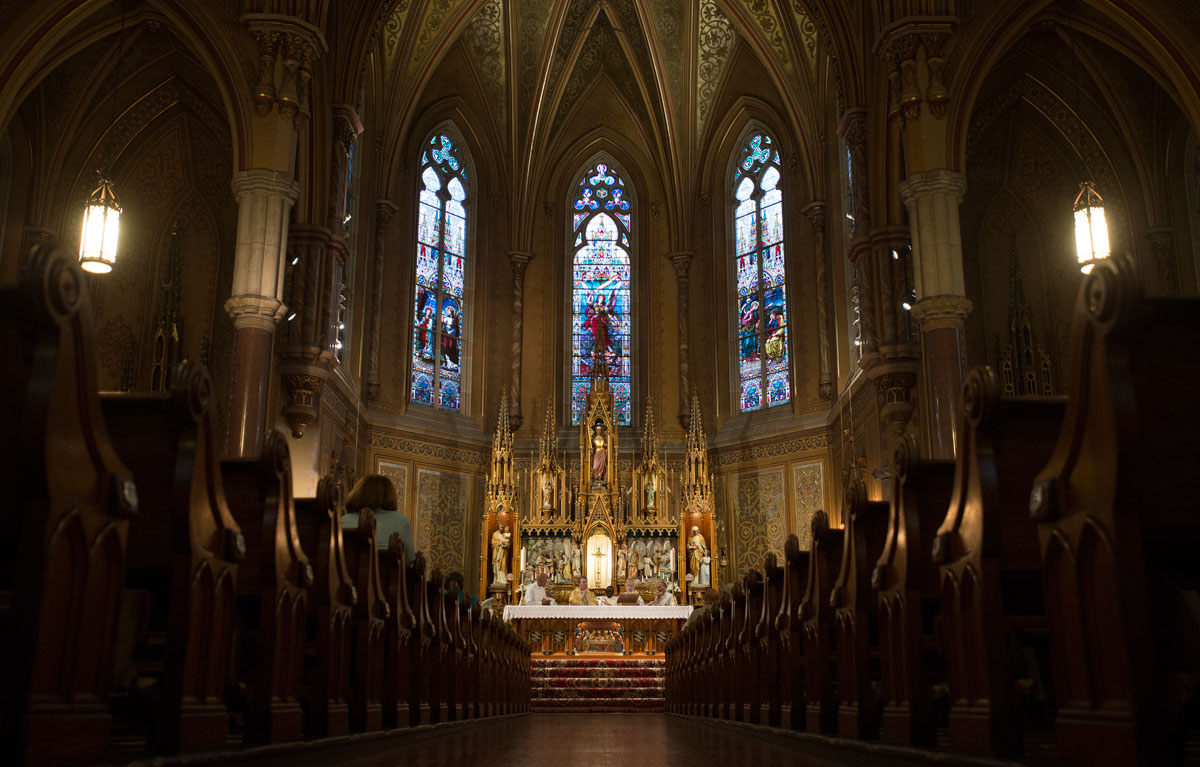 Father Mickey McGrath celebrates a Mass to celebrate the Nativity of St. John the Baptist June 24 at St. Michael Church in Rochester. 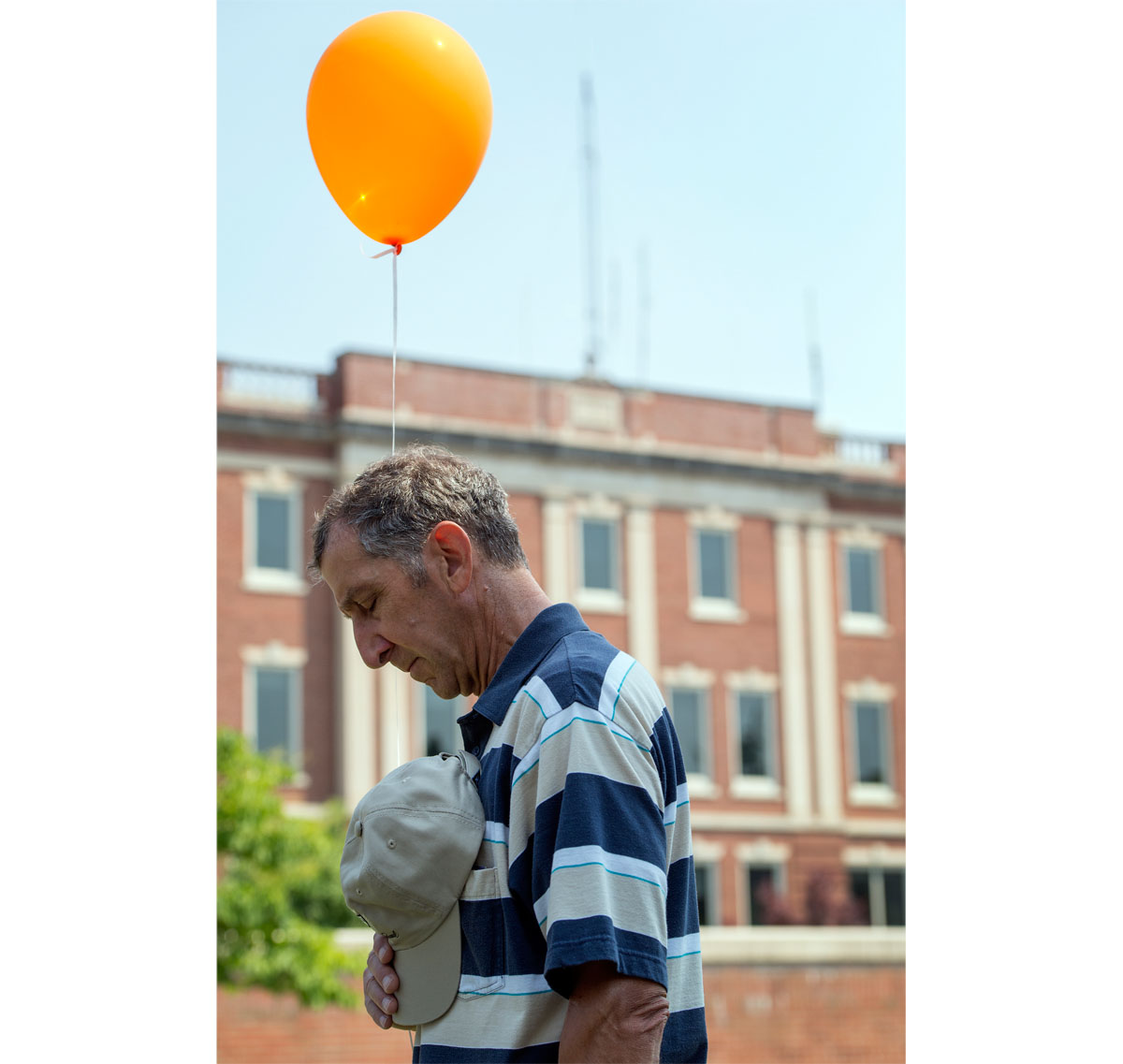 A participant in the Walk for Life prays outside the hospital in Geneva July 12. The two-mile walk through downtown Geneva was held by Care Net of the Finger Lakes. 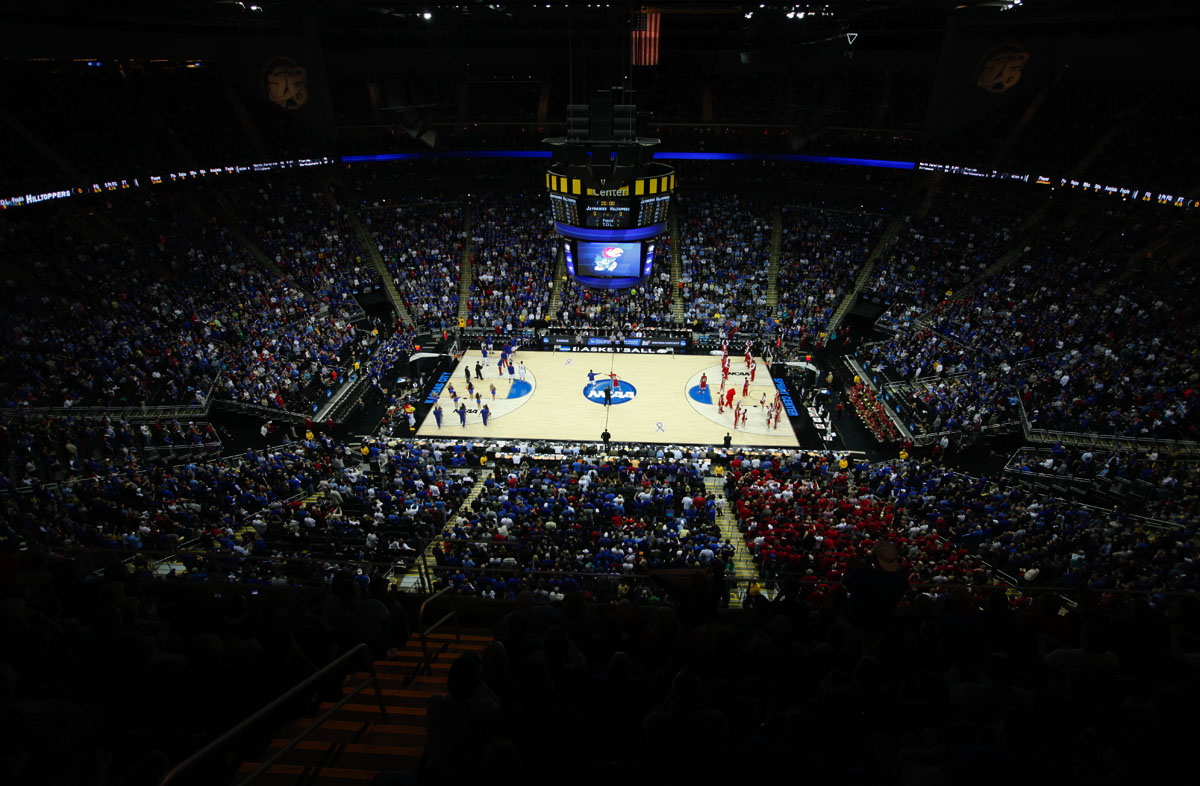 Players from WKU and Kansas are introduced before the teams face off March 22 at the Sprint Center in Kansas City, Mo. WKU led 31-30 at half.

It was a great privilege to cover WKU in the first round of the NCAA tournament when they played Kansas in Kansas City for the College Heights Herald. The day wasn’t merely a chance to shoot sports, which I haven’t done as much since I started working as an editor; it was a lesson in logistics as well.

The WKU vs. Kansas match-up was the fourth game of the day in the arena, so I was able to spend the rest of the day planning how to cover it. When I arrived, I began by claiming a spot and setting up my workspace in the media workroom. After that, I scouted out positions to shoot from. I knew that I would have a reserved spot on the floor during the game, but I wanted to have a variety of angles to break up the gallery, so I headed high up in the arena. After picking positions, I shot half of one of the early games so that I could be ready with the right exposure and white balance, then used those pictures to practice and refine my workflow so that I’d be able to get photos online fast. I wouldn’t be just shooting, but editing and posting a gallery as well.

As game time approached, I took a taxi to the team hotel to cover a pep rally, then hurried back to the arena and had the first photos online an hour before tip off. Then I photographed cheerleaders and band members getting ready for the game and posted photos once more before the game started. After the team finished warming up, I headed to the higher locations I had scouted out earlier, and spent all of the first half shooting from high angles before making my way to the floor for the last minute of the half. With a mad dash, I updated the gallery again over half time, then went to my assigned spot on the floor for the second half. After the game, we were allowed into the locker room, and I covered the press conference as well before making the last update to the gallery an hour after the game was over. It was exhilarating to work on such a tight deadline, especially since I haven’t gotten to do that since I moved to the yearbook world, and I think that practice editing sports so quickly will serve me well.

To see more from the game, check out the gallery on the Herald’s website. 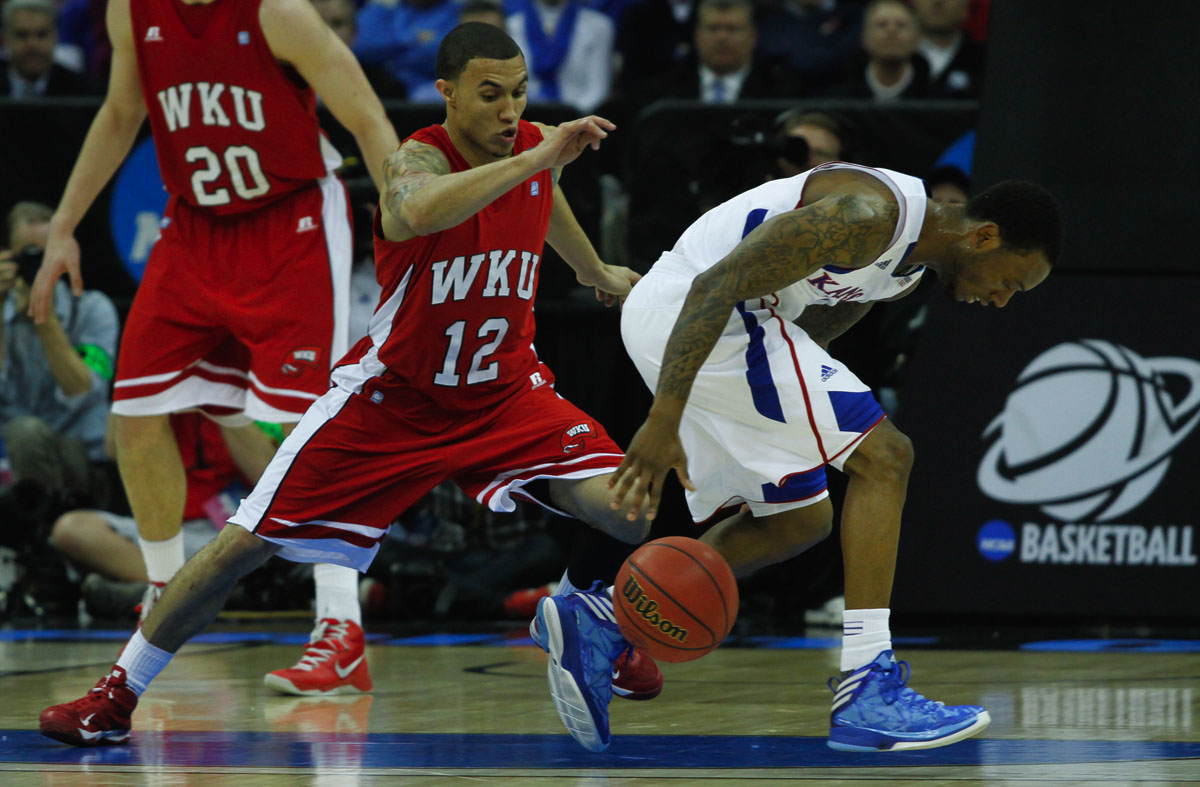 WKU junior guard Brandon Harris (#12) scrambles for the ball March 22 at the Sprint Center in Kansas City, Mo. WKU led 31-30 at half.